Hydropower — DNA in a drop

By collecting surface water samples, field researchers can analyze tiny pieces of environmental DNA, or eDNA, that fish and other organisms shed into the water, compare it to a genetic database of known species, and determine which organisms are living in the water. Environmental impact studies using eDNA are a fraction of the cost of conventional surveys, which can be disruptive because they involve capturing or seeing organisms in their habitats.

“From a drop of water, we can now better understand changes in the ecosystem, more accurately monitor and protect previously undetected endangered species, and respond with sound science,” said ORNL’s Brenda Pracheil.

Manufacturing — Printing in the wind

In a demonstration, polymer and metal-based 3D printing processes were deployed to manufacture the turbine’s skeleton node, which serves as a load-bearing joint between structural beams. The research team compared performance and total production cost and determined that while near-term costs for 3D printing remained similar to welding, long-term projected future costs proved favorable.

A new analysis from Oak Ridge National Laboratory shows that intensified aridity, or drier atmospheric conditions, is caused by human-driven increases in greenhouse gas emissions. The findings point to an opportunity to address and potentially reverse the trend by reducing emissions.

Scientists examined the underlying causes for these long-term changes in global aridity using a multipronged approach and a wealth of observational data from 1965 to 2014.

The research team projects that large-scale dryness will continue to increase through the end of this century. Their model results, which are constrained by historical observations, project more aridification than original Earth system models.

Scientists have developed a novel approach to computationally infer previously undetected behaviors within complex biological environments by analyzing live, time-lapsed images that show the positioning of embryonic cells in C. elegans, or roundworms. Their published methods could be used to reveal hidden biological activity.

“We used hierarchical deep reinforcement learning and convolutional neural networks to study the movement of the nuclei and then investigated the migrating cell within the simulated biological environment to discover what’s unknown in the system,” he said.

ORNL, the Sloan Kettering Institute and the University of Tennessee will continue developing their deep learning method to better understand other biological unknowns.

The Solid-State Battery Performance Analyzer and Calculator, or SolidPAC, can help researchers who have developed a promising new material but are unsure how to design a successful cell, said ORNL’s Ilias Belharouak. “It builds practicality into the search for better batteries,” he said.

Researchers exploring materials and architecture for safer, more efficient battery designs can access the publicly available SolidPAC tool to accelerate their work. Based on user input, the system analyzes factors such as materials chemistry, thickness and electron flows, feeding back design specifications and an energy density estimate, as outlined in a recent paper. 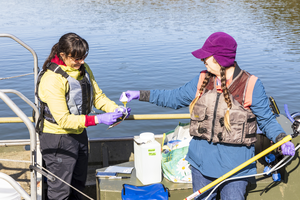 Hydropower — DNA in a drop 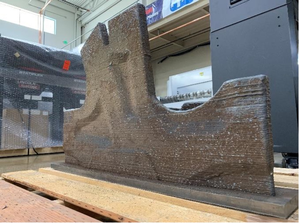 Manufacturing — Printing in the wind 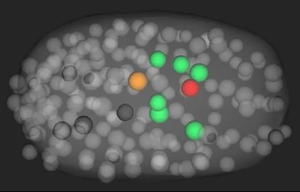 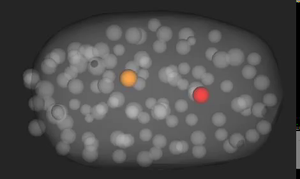 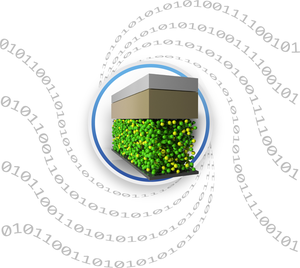