Integrating renewable energy with the power grid continues to be a big challenge for the electrical grid infrastructure in the United States. While the solution isn’t simple, it’s not impossible either, and researchers from West Virginia University have been competitively awarded $7.5 million from the United States Department of Energy to help solve a critical part of the problem.

In short, power plants are being asked to do something they were never designed to do—quickly cycle from using fossil fuels to generate power to a renewable energy source, such as wind or solar, when those sources are available.

According to Xingbo Liu, principal investigator of the project, the continuous and unpredictable cycling of varied energy sources is causing severe stress to critical operating systems of the plant.

“Renewable energy is not stable,” Liu, associate dean for research and professor of mechanical and aerospace engineering, said. “Wind speed changes every day and solar power is only available when the sun is shining. On the consumer side, no matter what happens, you still want your house to be heated and your air conditioning to be working.”

Liu explained that each time a new cycle is initiated, the temperature inside the steam boiler and turbine system is changed as a result. The stark changes in temperature puts stress on the systems joints, which are currently welded together by two different alloys that each respond differently to temperature fluctuations.

“These types of power plants were designed to start and run forever until there was a planned shutdown for maintenance,” Liu said. “The problem now is that the plants have much more cyclic operations than they were designed for. When a new cycle begins, it puts stress on the joints, and they begin to crack.”

For example, when you’re driving in a city and forcing your car to start and stop quickly over an extended period, your brakes are likely to burnout faster due to stress on the materials. Once your brakes are out, the car is no longer useable. A similar process is happening with the turbine systems of a power plant; however, the stakes are much higher.

To overcome this problem, the Statler College engineers are using 3D printing to create a smooth transition between the two different metals, creating a new composite transition joint that will eliminate this commonly experienced problem with welding dissimilar metals.

“The whole idea is to become more transitional and gentler, to reduce the stress created by hot and cold starts and frequent shutdowns,” Liu said. “In the past, this has been difficult, but now we have advanced manufacturing and 3D printing to do it. We’ve developed a smooth transition of the two materials, and we are welding the same materials together instead of different ones.”

In 2019, DOE selected five research groups to develop technologies to improve the flexibility and reliability of thermal power plants. WVU received $1.25 million for Phase I. After completion of the first proof-of-concept phase, DOE reviewed the technologies and awarded WVU another $6.25 million to continue with the research and development of the additively manufactured graded composite transition joint.

Over the three-year duration of Phase II, the researchers will test the new technology in a real testing loop in hopes to bring the mechanization to the global market. The project team is extensive and is comprised of an entire supply chain—the research is being conducted within the Statler College, tested at Oak Ridge Laboratory, manufactured by General Electric Research and University of Nebraska-Lincoln, and is slated to be commercialized by General Electric if successful.

WVU researchers to improve the flow of renewable energy to power plants with $7.5 million in grants 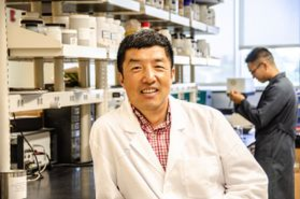 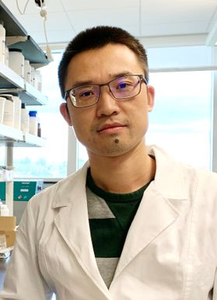 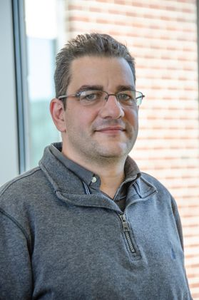