The Calvin-Benson cycle assimilates almost all the carbon in plants and is thus among the most important biochemical cycles for life on Earth. It is believed to be self-sufficient in that it regenerates its own substrate. A recent report in New Phytologist challenges this classical view. The authors analysed hydrogen isotopes in starch of sunflower leaves and report evidence consistent with carbon flux through the oxidative pentose phosphate pathway. The pathway apparently replenishes Calvin-Benson cycle intermediates under certain environmental conditions. Since the pathway involves carbon dioxide release it can be expected to affect plant performance and biosphere-atmosphere carbon exchange.

Plants take up carbon dioxide (CO2), water and other inorganic compounds from their environments and transformed them into a myriad of useful biomolecules. These biomolecules support our diets and production processes as well as the diets of countless other organisms. CO2 enters plants through leaf stomata (small openings at the leaf surface). Subsequently, it is incorporated into metabolism by means of the Calvin-Benson cycle. Since the Calvin-Benson cycle assimilates almost all plant carbon, it is one of the most important biochemical cycles for life on Earth. For its discovery, Melvin Calvin was awarded the Nobel Prize in Chemistry in 1961. In the first reaction of the cycle, CO2 is bound to ribulose 1,5-bisphosphate (RuBP). While only a fraction of the reaction product is exported from the cycle to support other physiological processes, most of it is used for the regeneration of the substrate, RuBP. The Calvin-Benson cycle is believed to be entirely self-sufficient in that it regenerates its own substrate. However, this view has now been challenged by a report in New Phytologist.

The authors of this study analysed hydrogen isotope abundances in sunflower leaf starch. To acquire measurements at the highest resolution possible, they applied a protocol built around state-of-the-art Nuclear Magnetic Resonance Spectroscopy.

“Our experimental approach provides data at the level of individual hydrogen positions within the glucose monomers of starch whereas conventional techniques yield an average measurement for the entire starch molecule.” says Jürgen Schleucher.

Apparently, Ru5P inputs increase significantly with decreasing CO2 concentrations inside leaves, a condition often seen under drought. “Our findings suggest that the Calvin-Benson cycle is not entirely self-sufficient with respect to its substrate. This contrasts with what most scientists believe.” says Thomas Wieloch, lead scientist of the project.

Flux through the oxidative pentose phosphate pathway is associated with the release of CO2 and the production of energy in the form of NADPH. Therefore, it can be expected to (inter alia) affect plant performance, and biosphere-atmosphere CO2 exchange and thus food security and climate change.

“Why plants would activate a pathway that releases CO2 under conditions where CO2 inputs are already low is certainly one of the most interesting questions resulting from our work.” says Thomas Wieloch.

The authors hypothesise that this metabolic adjustment may support nitrogen assimilation involving photorespiration (which is also more active under low CO2 concentrations). Looking at plant metabolism from a larger (non-carbon centred) perspective, a shift from carbon towards nitrogen assimilation under carbon limited conditions might make sense in the context of long-term plant performance.

Anaplerotic flux into the Calvin-Benson cycle. Hydrogen isotope evidence for in vivo occurrence in C3 metabolism 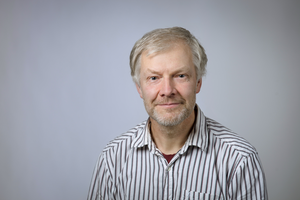 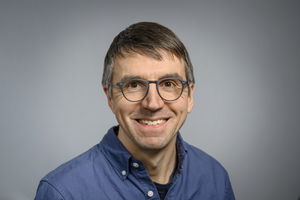