University of Otago researchers are helping to breakdown stigma and discrimination faced by Autistic people – debunking historical and harmful misinformation.

Research Fellow from the Department of Women’s and Children’s Health, Nick Bowden, led the study which compared the rates of criminal justice system interactions among young adults with and without Autism in Aotearoa and explored whether offence types differ between these groups.

Mr Bowden says, prior to this research, which is published in the academic journal Autism, little was known about the pathway through the criminal justice system for Autistic people.

Despite that, there is a historical belief that there is a link between Autism and criminal behaviour, a narrative shaped by highly publicised criminal cases and sensationalist headlines, he says.

Health data were used to identify 1,197 individuals with Autism, and criminal justice system data to explore interactions with police, courts, and prison for all these young people, from their 17th until their 25th birthdays.

The study found young Autistic people in Aotearoa had significantly lower rates of criminal justice system interactions, including being proceeded against by police, charged in court, and convicted in court, compared to those without autism.

However, if they were charged in court, Autistic young people were more likely to face charges of serious and violent offences, offences against the person, offences against property, and be imprisoned compared to those without autism.

Mr Bowden says, while there is some existing research looking at Autism in the criminal justice system, those studies tend to use small and often biased samples and focused on only one part of the justice system.

The research team wanted to provide much-needed data in this space for Aotearoa and shed light on the experiences of Autistic young people who come in contact with the criminal justice system, he says.

Assistant Research Fellow from the Department of Women’s and Children’s Health, Joanne Dacombe, co-authored the study and is Autistic.

She says Autistic people often face stigma and discrimination and this research has potential to remove some of that.

“Historical misconceptions have been damaging, allowing stigma to be perpetuated, with Autistics often facing hostility as a result. This can increase anxiety for Autistics and their whānau.”

This harmful misinformation creates a reluctance to hire Autistics, invite them to societal groups, and leads to bullying, she says.

Without good evidence to debunk the misinformation, it can be continually perpetuated, which is why this type of research becomes important.

Mrs Dacombe hopes the findings will help professionals and parents realise the importance of a diagnosis.

“It may help give parents hope around the advocacy they do for their children and young people, by showing the benefits of the advocacy and increased understanding that has gone on behind the scenes, by both Autistics and organisations,” she says.

“It also shows the need for further advocacy, understanding, and research opportunities.”

The study was funded by A Better Start National Science Challenge, the Michael and Suzanne Borrin Foundation, and the New Zealand Law Foundation.

Criminal justice system interactions among young adults with and without autism: A national birth cohort study in New Zealand

Criminal justice system interactions among young adults with and without autism: A national birth cohort study in New Zealand

The author(s) declared no potential conflicts of interest with respect to the research, authorship and/or publication of this article. 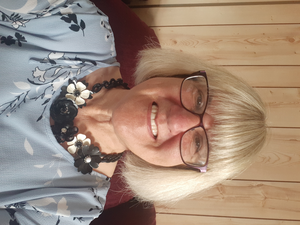 Assistant Research Fellow, Joanne Dacombe, from the Department of Women's and Children's Health, at the University of Otago