A new study from the University of Warwick demonstrates the impact of passing stars, misaligned binary stars and passing gas clouds on the formation of planets in early star systems.

Scientists have modelled how cosmic events like these can warp protoplanetary discs, the birthplaces of planets, in the early evolution of solar systems. Their results are published today in the Astrophysical Journal in a study funded by The Royal Society and the Engineering and Physical Sciences Research Council, part of UK Research and Innovation.

Solar systems are formed from protoplanetary discs, massive spinning clouds of gas and dust that will eventually coalesce into the array of planets that we see in the Universe. When these discs are young they form spiral structures, with all their dust and material dragged into dense arms by the massive gravitational effect of the disc spinning.

But astronomers have found a surprising number of protoplanetary discs that, despite being massive enough to have a spiral structure, show no evidence of one. The University of Warwick team have been investigating what might prevent a disc from forming a spiral structure.

PhD student Sahl Rowther from the University’s Department of Physics created a three-dimensional hydrodynamical simulation of a normal, flat self-gravitating disc using a technique called smoothed-particle hydrodynamics. To this, he added different levels of curvature to the disc to warp it, to study the impact on the disc’s spiral structure. In all but the smallest warps, the spiral structure disappeared.

The spiral structure in a protoplanetary disc is vital for the formation of planets through Gravitational Instability and the results improve our understanding of how solar systems evolve.

Co-author Dr Rebecca Nealon, Stephen Hawking Fellow in the Department of Physics, said: “Warps will inhibit planet formation through Gravitational Instability, in the sense that these spiral structures, which fragment into clumps that eventually form planets, are where the disc structure will be disrupted. Anything that disturbs that spiral structure makes it harder for that clumping to occur and harder for the planets to form via Gravitational Instability.”

The scientists explain that the warp heats up the disc by inducing small perturbations to the velocity of the gas as it orbits. The gas needs to be cool in order to clump together, so in heating up the disc the spiral arm structure is wiped out.

There are a number of ways that a protoplanetary disc can be warped. A few examples include; if a large object, such as a star, passes nearby in a flyby encounter; if the disc surrounds a binary star system that orbits out of alignment with the disc; or if a nearby source of gas accretes onto the disc.

In recent years, evidence of warped protoplanetary disc has grown significantly, suggesting that they are more common in the Universe than previously thought. It also provides a potential explanation for the large number of massive protoplanetary discs that do not show a spiral structure.

Dr Nealon adds: “Normally we think of these discs forming in isolation, but that’s not really the case. It’s a chaotic neighbourhood, with lots of stars nearby, and you might have a star that passes close by and that gravitational interaction is enough to cause this warp.

“Once we started getting observations of warped discs, we had to start considering warps in our modelling. We need a greater consideration of warps in protoplanetary disc evolution and understanding that warps can impact existing disc evolution mechanisms and physics. We need to consider how warps affect all the factors in planetary formation.”

“We have modelled this in the most simple way possible to allow us to be really sure about what we’ve done, and to easily demonstrate it.” 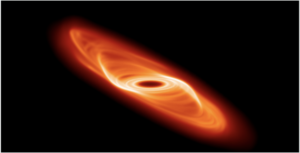 Image showing a rotating protoplanetary disc with a warp in its initial stages. 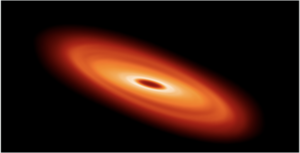 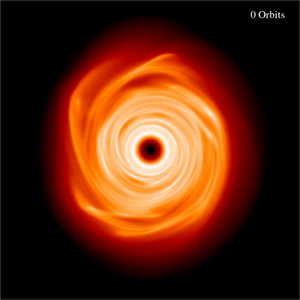 Video showing the impact of a warp as it wipes out the spiral structure of a protoplanetary disc.