CHAMPAIGN, Ill. — A new set of molecular building blocks aims to make complex chemistry as simple and accessible as a toy construction kit.

Researchers at the University of Illinois Urbana-Champaign and collaborators at Revolution Medicines Inc. developed a new class of chemical building blocks that simply snap together to form 3D molecules with complex twists and turns, and an automated machine to assemble the blocks like a 3D printer for molecules.

This automation could allow chemists and nonchemists alike to develop new pharmaceuticals, materials, diagnostic probes, catalysts, perfumes, sweeteners and more, said study leader Dr. Martin D. Burke, a professor of chemistry at Illinois and a member of the Carle Illinois College of Medicine, as well as a medical doctor. The researchers reported their findings in the journal Nature.

“It makes very complex 3D molecules in a very simple way,” Burke said. “This has been the secret chamber that only card-carrying chemists with decades of experience can enter. This new advance blows that door wide open. Now everyone can come in and play in the sandbox, because these very complex molecules become very accessible.”

For more than 15 years, Burke’s group has pioneered the development of simple chemical building blocks called MIDA boronates, which snap together sequentially using one simple reaction to build small molecules. His lab and collaborators at Revolution Medicines developed a molecule-making machine that automates chemical synthesis using these building blocks. However, the MIDA blocks are largely limited to making flat, 2D molecules.

“It’s all about function. Three dimensionality equals function,” Burke said. “The first generation was like those square and rectangular children’s bricks that can click together to build a nice, simple toy house. These are like the cool, complex brick kits for adults that let you build the Batmobile.”

To demonstrate the capacity of the TIDA blocks and the new second-generation molecule-making machine, the researchers synthesized two antimicrobial natural products with specific 3D features including a cyclical structure, as well as an array of smaller representative structures found in different types of molecules.

“Nature is very good at making three dimensional things a very precise way,” said postdoctoral researcher Daniel Blair, the first and co-corresponding author of the paper. “A lot of the molecules we use as inspiration for making many of our medicines are natural products, and those with these 3D structures tend to perform better in clinical applications. Yet until this point it has been very difficult to capture these structures within modular building blocks. The whole goal is to help more people make more molecules as simply as possible.”

The building-block approach to making molecules holds many advantages for chemists and nonchemists alike, the researchers said. Typically, chemists put a lot of time and effort into making a single target molecule, Blair said.

“Three-dimensionality hampers the preparation of different derivatives of a molecule to explore its function,” Blair said. “By capturing a lot of that three-dimensionality up front in modular building blocks, we can easily construct a target molecule. Next, we can exchange single building blocks to directly access derivatives and then see how that affects molecular functions.”

In addition to incorporating more function, TIDA boronate building blocks are up to 1,000 times more stable than MIDA boronate blocks in important reaction settings. They are also very stable in water, enabling simple synthesis of even more classes of chemicals under a wider array of conditions.

“MIDA had this loose spot where the connector piece was. When we switched to TIDA, that connector part twisted like a screw, and it's like tightening down a bolt and a nut. And now it's surprisingly stable,” Burke said.

“One of the things we’re so excited about now is we can make molecular building kits for really complex molecules. Like a plastic block kit has all the specialized pieces and you snap them together, now we can imagine kits for complex, important molecules, and make then accessible to nonchemists. I think it’s a chance for us to shatter some of those barriers that have traditionally limited who gets to innovate at the molecular scale.”

The National Institutes of Health, the National Science Foundation, the Damon-Runyon Cancer Research Foundation, the Henry Luce Foundation, the ACS Division of Organic Chemistry and the Austrian Science Fund supported this work. The U. of I. has filed patent applications for both MIDA and TIDA boronates. Burke is a founder, shareholder and consultant for Revolution Medicines Inc., which provided additional support for this research in the form of TIDA reagent.

The U. of I. has filed patent applications for both MIDA and TIDA boronates. Burke is a founder, shareholder and consultant for Revolution Medicines Inc., which provided additional support for this research in the form of TIDA reagent. 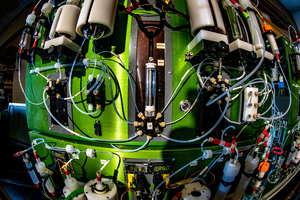 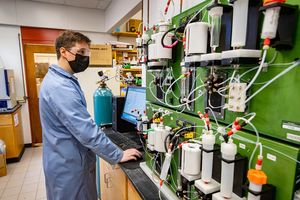 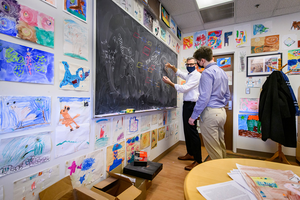 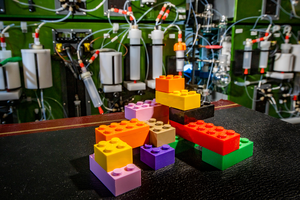