More than two billion people face severe water shortages and a similar number have been affected by flooding over the past 20 years, with these challenges expected to rise in coming years due to climate change, growing populations and increased economic activity. Therefore, a global initiative led by the World Meteorological Organization (WMO) and coordinated by the UK Centre for Ecology & Hydrology (UKCEH) will enable communities across the world to better adapt to our changing water cycle.

The Hydrological Status and Outlook System (HydroSOS) will provide regular data on the status of water resources – including groundwater levels, river flows, reservoirs, lakes and soil moisture – in local catchments across the world. It will also assess whether these conditions are normal for the time of year and predict whether the situation is likely to get better or worse over coming weeks and months.

When the system is operational, this detailed information will be distributed by National Hydrological and Meteorological Services (NHMSs) to key sectors such as central and local government, water and energy companies, agriculture and industry, on at least a monthly basis. This will provide an early warning of forthcoming water shortages and flooding, thereby supporting more effective management of public water and energy supplies, guiding farming practices and helping countries prepare for natural disasters, including planning emergency relief efforts.

WMO estimates there may be a 40 per cent gap between global water supply and demand by 2030. Other experts have estimated drought costs up to USD 8 billion a year from losses in agricultural and related businesses, and damage from flooding is USD 80 billion a year.

Elena Manaenkova, Deputy Secretary-General of WMO, says: “HydroSOS will increase communities’ resilience to the impacts of climate change by improving water and food security as well as reducing poverty. Therefore, it is a key initiative in accelerating global progress towards several UN Sustainable Development Goals, particularly SDG6 – Clean Water and Sanitation for All.”

WMO has approved the development of HydroSOS following a five-year pilot project led by UKCEH. This scoped the requirements for the system, drew up guidelines for consistent reporting of hydrological conditions and established there was sufficient international interest in the initiative.

A key feature of the system will be the way in which it supports the development of scientific capacity within hydrological and meteorological organisations around the world, helping these agencies to generate and share high-quality information about their water resources.

WMO, with the support of UKCEH, which produces hydrological summaries and projections for the UK, is now developing implementation plans to turn HydroSOS into a reality. Scientists and funders across the world who are interested in being part of HydroSOS are therefore now being asked to come forward and collaborate to enhance global capacity to monitor, predict and report water-related information for their respective countries and regions.

HydroSOS will provide WMO Members with equipment to measure and report water data. The hydrological information gathered will inform action and strategies aimed at reducing economic losses and deaths due to droughts and floods.

Professor Alan Jenkins of UKCEH, who now leads the initiative for WMO, says: “Having reliable hydrological information is critical for making effective and timely decisions to ensure people have enough water for drinking, crop irrigation, energy needs and economic activity. However, at local level in many parts of the world, there are substantial data and knowledge gaps regarding water availability and vulnerability to water-related threats.”

Further information about HydroSOS can be found on the WMO website. To get involved, email hydrosos@wmo.int 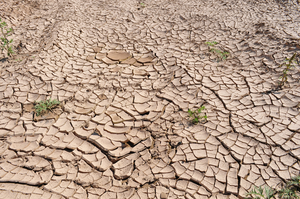