Thanks to 20 years of seismic data processed through one of the world’s most powerful supercomputers, scientists have created the first complete, 3D visualization of a mountain-size rock called the Kumano Pluton buried miles beneath the coast of southern Japan. They can now see the rock could be acting like a lightning rod for the region’s megaquakes, diverting tectonic energy into points along its sides where several of the region’s largest earthquakes have happened.

Scientists have known about the pluton for years but were aware of only small portions of it. Thanks to new research by an international team of scientists led by The University of Texas at Austin, researchers now have a view of the entire subterranean formation and its effect on the region’s tectonics.

The findings will provide critical information for a major new Japanese government-funded project to find out whether another major earthquake is building in the Nankai subduction zone, where the pluton is located, said Shuichi Kodaira, director of the Japan Agency for Marine-Earth Science and Technology and a co-author of the study published Feb. 3 in the journal Nature Geoscience.

“We cannot predict exactly when, where, or how large future earthquakes will be, but by combining our model with monitoring data, we can begin estimating near-future processes,” said Kodaira, who was among the scientists who first spotted signs of the Kumano Pluton in 2006. “That will provide very important data for the Japanese public to prepare for the next big earthquake.”

The full extent of the Kumano Pluton was revealed using the LoneStar5 supercomputer at UT’s Texas Advanced Computing Center to piece together 20 years of seismic data into a single high-definition 3D model.

“The fact that we can make such a large discovery in an area that is already well studied is, I think, eye opening to what might await at places that are less well monitored,” said Adrien Arnulf, a research assistant professor at the University of Texas Institute for Geophysics and the study’s lead author.

Seismic imaging uses sound waves to create pictures of the Earth’s subsurface. Over the years, Japan’s vast network of sensors has collected millions of seismic recordings from thousands of locations along the Nankai subduction zone. The sensors are primarily used to record earthquakes and tremors, but the team widened their search to include chance recordings of passing scientific surveys using a technique Arnulf and coauthor Dan Bassett, a research scientist at GNS Science, had perfected while working on small-scale projects in New Zealand. The researchers compiled the massive amounts of information into a single data set and turned it into a 3D model with the help of LoneStar5.

In addition to shedding light on how the pluton may be influencing how and where earthquakes occur, the study is a major demonstration of how big data could revolutionize earthquake science. Arnulf envisions the same methods being used to make regional-scale images in other areas, such as northeast Japan, New Zealand, and Cascadia in the U.S. Pacific Northwest – all of which have subduction zones known to host the Earth’s largest earthquakes.

The research was funded by the U.S. National Science Foundation. Additional co-authors include scientists at Scripps Institution of Oceanography at the University of California, San Diego. UTIG is a research unit of the UT Jackson School of Geosciences. 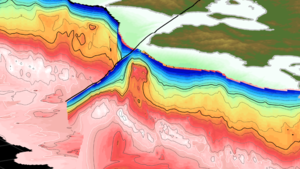 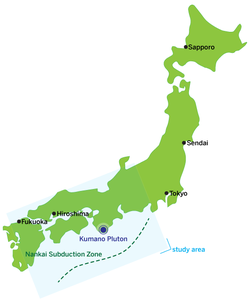 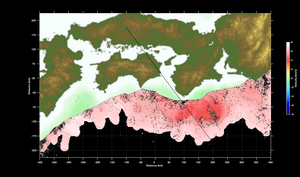 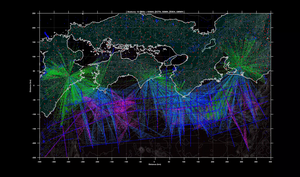