Processes in nature can often be described by equations. In many non-trivial cases, it is impossible to find the exact solutions to these equations. However, some equations are much simpler to deal with because of their extreme symmetries. An important class of such equations is given by integrable systems. Integrable systems are known to be a universal tool in theoretical physics and mathematics. They have proven to be extremely useful in diverse areas such as statistical mechanics, gauge theories, quantum gravity, and nonlinear waves, and they are particularly important in modern geometry.

Among different families of integrable systems, integrable hierarchies of solitonic type have particularly many applications. Arguably the most important example is given by the Kadomtsev-Petviashvili (KP) hierarchy, which is described by an infinite tower of partial differential equations. The first of them was introduced in 1970 by two physicists, Kadomtsev and Petviashvili, for the description of the acoustic waves in plasma. The KP equation was introduced as a deformation of the Korteweg-de Vries (KdV) equation, which describes waves on shallow water surfaces. More generally, the whole KdV hierarchy describes a reduction of the KP hierarchy.

The theory of integrable hierarchies was actively developed by Date, Jimbo, Kashiwara, Miwa, and Sato from Kyoto University in the 1980s. They found a fundamental relation between integrable hierarchies, representation theory of the infinite-dimensional Lie algebras, and free field formalism. In particular, they described the solutions of the hierarchies in terms of tau-functions, which are formal functions of infinitely many variables.

As for the solution of the KdV hierarchy, the Kontsevich-Witten tau function was constructed by Edward Witten and Maxim Kontsevich. It plays a special role in modern mathematical physics for its description of two-dimensional topological gravity. Another tau-function of the KdV integrable hierarchy is the Brezin-Gross-Witten model, which has been introduced in lattice gauge theory 40 years ago. These two tau-functions have a natural enumerative geometry interpretation; they are among of the most well-studied tau-functions of the integrable solitonic hierarchies.

Recently there appear some indications that the KdV may also have a natural relation to the B-type KP hierarchy (BKP), which is associated with the orthogonal symmetry group. Indeed, in a recent paper by Mironov and Morozov it was noted that the Kontsevich-Witten tau-function has a simple expansion in terms of the Schur Q-functions, which are known to be closely related to the BKP hierarchy. This result was generalized by Alexander Alexandrov to a family of KdV tau-functions related to the Brezin-Gross-Witten model. Based on these expansions, Alexander Alexandrov has conjectured (for the Kontsevich-Witten tau-function) and proved (for the Brezin-Gross-Witten tau-function) that these KdV tau-functions also solve the BKP hierarchy.

These results have led to the question: What is the most general relationship between the KdV and BKP hierarchies? The answer to this question was recently given by Alexander Alexandrov from the Center for Geometry and Physics within the Institute for Basic Science (IBS). Namely, he proved that any tau-function of KdV solves the BKP hierarchy.

There are several different ways to relate KdV and BKP hierarchies. In particular, already in the 80s Date, Jimbo, Kashiwara, and Miwa (DJKM) described the identification of KdV hierarchy with the 4-reduction of BKP. A new result, obtained by Alexander Alexandrov, is much simpler and elegant than any of the previously known relations and provides a new, fundamental connection between two basic integrable hierarchies of solitonic type. As the former theory by DJKM was once a classical part of mathematical physics and was believed to be complete, the new development of this theory by Alexandrov was unexpected by the mathematics community.

Alexander Alexandrov expects that the identification of the KdV tau-functions with the solutions of the BKP hierarchy will lead us to many new results in enumerative geometry and mathematical physics. 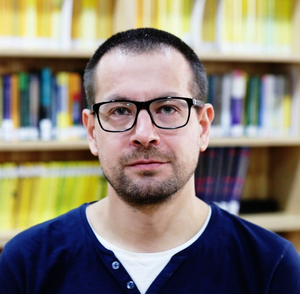