Metals usually soften when they expand under heating, but a research team led by a City University of Hong Kong (CityU) scholar and other researchers have discovered a first-of-its-kind super-elastic alloy that can retain its stiffness even after being heated to 1,000 K (726.85 °C) or above, with nearly zero energy dissipation. The team believes that the alloy can be applied in manufacturing high-precision devices for space missions.

The research team was led by Professor Yang Yong from CityU's Department of Mechanical Engineering (MNE) together with his collaborators. The findings were published in the prestigious science journal Nature under the title "A Highly Distorted Ultraelastic Chemically Complex Elinvar Alloy".

Usually, the elastic modulus, i.e. stiffness, of most solids, including metals, decreases when the temperature increases as a result of thermal expansion. However, Professor Yang and his team discovered that a high-entropy alloy called Co25Ni25(HfTiZr)50, or "the high-entropy Elinvar alloy", reveals the Elinvar effect. This means the alloy firmly retains its elastic modulus over a very wide range of temperature changes.

"When this alloy is heated to 1,000 K, i.e. 726.85 °C, or even above, it is as stiff as, or even slightly stiffer than, it is at room temperature, and it expands without any notable phase transition. This changes our textbook knowledge as metals usually soften when they expand under heating," said Professor Yang.

Professor Yang explained that this was an accidental discovery. "We discovered this phenomenon in 2017 and spent several years trying to understand the underlying mechanisms to determine why the alloy's stiffness does not change with increased temperature," he added. The experiment verified that the microstructure and mechanical properties of the alloy were insensitive to annealing at 1,273 K (1,000 °C) for different time durations.

"This means the stiffness of the alloy remains invariant to temperature. According to the literature, no known metals have been found to behave this way before our findings," said Professor Yang.

Professor Yang and his team recently discovered the reason behind the discovery: a special highly distorted lattice structure with a complex atomic-scale chemical composition. Because of the combination of the unique structural features, the high-entropy Elinvar alloy has a very high energy barrier against dislocation movements. Consequently, it displays an impressive elastic strain limit and a nearly 100% energy storage capacity.

The team also discovered that the high-entropy Elinvar alloy has an elastic limit – the maximum strain that can be developed within it without causing permanent deformation – of about 2% in bulk forms at room temperature, in sharp contrast to conventional crystalline alloys which have an elastic limit of less than 1%.

While an alloy with a similar composition was reported several years ago, its structure and behaviour were not understood at the time. In this study, the team developed three atomic structural models for the same alloy with different distributions of the element atoms and compared the properties. They patented the discovery based on this systematic investigation of the alloy system.

Interestingly, the team found that the alloy is "very springy" and can store a large amount of elastic energy. Professor Yang pointed out that the alloy could be used for energy storage for subsequent energy conversion. "Since elasticity does not dissipate energy and therefore will not generate heat, which can cause devices to malfunction, this super-elastic alloy will be useful in high-precision devices, such as watches and chronometers," he explained.

The research team envisions many applications for the alloy, particularly in aerospace engineering, in which devices and machinery are expected to undergo drastic temperature changes. "We know that the temperature ranges from 122°C to -232°C on the surface of the moon, for example. This alloy will remain strong and intact in an extreme environment, and so it would fit very well with future mechanical chronometers operating within a wide range of temperatures during space missions," said Professor Yang.

Professor Yang, Professor David Joseph Srolovitz (a former CityU scholar, now at the University of Hong Kong) and Professor Pao Chun-Wei from Academia Sinica are the corresponding authors of the paper. The first author is Dr He Quanfeng from CityU's MNE (one of Professor Yang's former PhD students) and the contributing authors are Dr Wang Jianguo from MNE (one of Professor Yang's former post-docs) and Dr Chen Hsin-An from Academia Sinica (one of Professor Pao's former PhD students). Also contributing to the research were Professor Liu Chain Tsuan, CityU's University Distinguished Professor from the College of Engineering and Senior Fellow of the Hong Kong Institute for Advanced Study, Professor Ren Yang from CityU's Department of Physics, and Dr Luan Junhua, Dr Ding Zhaoyi, Mr Zhou Ziqing and Dr Jichao Qiao, all from CityU.

Other collaborators were Professor Zeng Qiaoshi from China's Center for High Pressure Science and Technology Advanced Research and Professor Jean-Marc Pelletier from the University of Lyon.

The research was supported by CityU, the Research Grant Council Hong Kong, the Guangdong Major Project of Basic and Applied Basic Research, China, and the Academia Sinica Career Development Award. 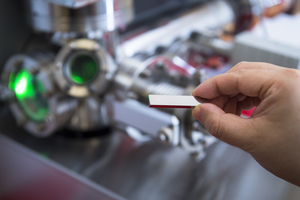 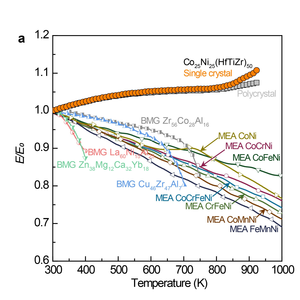 Stable structure of the alloy 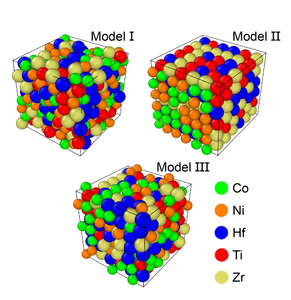 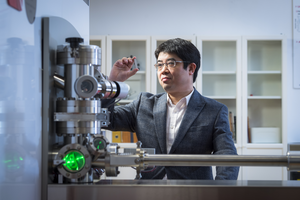