Gabon's network of Marine Protected Areas (MPAs) provides a blueprint that could be used in many other countries, experts say.

Since announcing a new MPA network in 2014, Gabon has created 20 protected areas – increasing protection of Gabonese waters from less than 1% to 26%.

The new paper – by Gabonese policymakers, NGOs and researchers from the University of Exeter – highlights the lessons from this work and its relevance elsewhere.

"A combination of factors made this MPA network possible, but a crucial first step was the creation by President Ali Bongo Ondimba of a government-led initiative called 'Gabon Bleu' in 2013," said Dr Kristian Metcalfe, of the Centre for Ecology and Conservation at Exeter's Penryn Campus in Cornwall.

"This sent out a clear signal that the Gabonese government wanted to develop an MPA network.

"That ensured all sectors – from government agencies to ocean resource users – were engaged in the planning process, and it gave confidence to external funders and the private sector to support the research that underpins the MPAs.

"Collective action has accelerated progress, and the country has now committed to the 30x30 pledge to protect 30% of its oceans by 2030."

Global MPA coverage is still short of a 10% target set in 2010, partly due to limited progress in many low-income and middle-income countries.

However, a few of these countries – including Gabon – have met or exceeded international commitments on land and sea.

The MPAs are based on detailed evidence, resulting in an inter-connected network tailored to protect important habitats, as well as globally important populations of sea turtles and marine mammals, with protected zones extending from north to south, and from coastal waters to 200 nautical miles offshore.

The new paper argues that lessons from Gabon can be used to inform Post-2020 global biodiversity commitments and implementation.

It suggests a four-step approach for countries and donors:

In Gabon, crucial implementation work was led by the national parks agency, ANPN.

Professor Lee White, Gabon's Minister of Forests, Oceans, Environment and Climate Change and former Executive Secretary (head) of ANPN, said: “We learnt from the process that resulted in the creation of Gabon’s terrestrial national parks by Omar Bongo in 2007 and were able to provide the scientific and legal framework to make President Ali Bongo Ondimba’s vision for a sustainable blue economy a reality.”

Professor Brendan Godley, of the University of Exeter, added: "By scaling conservation and fisheries management measures across the entirety of its EEZ, Gabon has made significant steps to ensure the long-term persistence of its marine biodiversity and fisheries resources, and should be celebrated as a global exemplar."

The University of Exeter's work was funded by the UK government's Darwin Initiative. 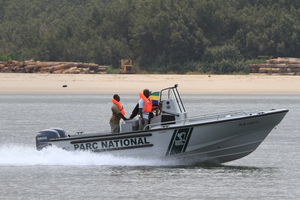 A patrol boat in the MPA network 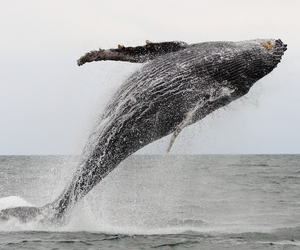