Covid-19 is often asymptomatic and can lead infected individuals to spread the disease without knowing it. Yet, regular surveillance testing of a community can catch these cases and prevent outbreaks.

In early 2020, Georgia Tech researchers designed a saliva-based polymerase chain reaction (PCR) test and encouraged community members to test weekly to track the health of the campus. Their strategy confirmed 62% of the campus’ positive cases in the Fall 2020 semester. The method of surveillance testing — focusing on case clusters and then having patients isolate — reduced positivity rates from 4.1% in the beginning of the semester to below 0.5% mid-semester. Their findings were published in the journal Epidemiology.

“One of the ways you can mitigate spread is not to think about testing as just an indicator for how bad things are, but actually use enough testing that you can begin to pull infected people out of circulation to reduce the spread,” said Joshua Weitz, Georgia Tech professor in the School of Biological Sciences who developed the infectious disease models used to monitor campus.

Surveillance testing not only kept the community safe, but also enabled an open campus during a period of the pandemic when vaccines were not available. The strategy showed that combining multiple mitigation efforts — from testing to social distancing — can keep a university operational.

“I saw data very early on that the saliva tests were actually probably a little bit more sensitive than the nasal ones,” said Greg Gibson, professor in the School of Biological Sciences. “I just knew that students would be more likely to do something that takes 30 seconds to give us spit. It’s easy and safe, so it was just a no-brainer.”

Saliva-based tests were a practical solution for a campus. The test could be self-administered, requiring fewer medical personnel and creating ease of access for students. The tests were also safer than nasal swabs because the collection tube contained a viral deactivation buffer that killed active virus but preserved the RNA at room temperature for analysis.

“Testing requires precisely distributing different amounts of fluid to volumes, and this is a task really well suited for a robot,” García said. “With the large number of tests that we were expecting to need to administer, there was really no choice because having the robot really cut down on the human error.”

Another novel strategy was double pooling. Each saliva sample was pooled twice into a group of five samples and processed. This had multiple advantages, according to Gibson. One was it prevented false results because each sample had to test positive twice to be considered positive. And, by pooling, the testing system could clear dozens of individuals at once, while also focusing on a positive individual and then referring them for further diagnostic testing.

“A purely surveillance test where you don't give anybody results can be done without much regulation, but it’s minimally useful,” said Gibson, who is a Regents’ Professor, Tom and Marie Patton Chair in Biological Sciences, and serves as director of the Center for Integrative Genomics at Georgia Tech. “The double pooling strategy was a way for us to be able to identify exactly who was responsible for positive tests, and then go back to their original test and do a diagnostic one in a CLIA-certified lab.” CLIA (Clinical Laboratory Improvement Amendments) certification indicates a lab has met federal quality standards for diagnostic testing on human samples.

Creating an effective testing infrastructure was also key to the success of the program. A university is a high-density environment where a community lives, learns, and works. When the program was first implemented in the Fall 2020 semester, Georgia Tech had 7,370 people in residence and 5,000 students, faculty, and staff who visited daily.

With the ability to run 1,500 tests at the beginning of the semester and up to 2,850 by the end, the program enabled most people on campus to test weekly. Testing weekly helped catch cases early with Covid-19’s seven-day incubation period, and positive individuals isolated for 10 days.

Part of why this approach was so successful was because of what Gibson calls “synergistic effectiveness.” By combining testing with mitigation strategies like masking and social distancing, Georgia Tech was able to reduce positivity rates.

“We've shown that testing doesn't have to be comprehensive with everybody testing every other day to be effective,” Gibson said.

This strategy enabled the researchers to focus on campus hotspots and control spread. In the beginning of the Fall 2020 semester, campus positivity was at 0.5% until a cluster was identified in Greek housing in August. This enabled a targeted campaign where 90% of on-campus residents were tested. The asymptomatic positivity rate peaked at 4.1%, but steadily declined back to 0.5% by mid-September thanks to rapid identification and isolation of positive individuals.

“We are a technical university — that doesn't have a medical school or a school of public health — that developed its own effective testing program and was able to deploy it to test a large segment of the population and keep the campus in operation,” said García, who additionally holds the Petit Director’s Chair in Bioengineering and Bioscience and is a Regents’ Professor in the George W. Woodruff School of Mechanical Engineering.

Due to the success of surveillance testing, cases were kept at a manageable number. Most importantly, campus was able to stay open throughout the pandemic. The Georgia state legislature also adopted Georgia Tech’s surveillance testing system in January 2021 and is using the program to track and manage cases during this year’s legislative session. The strategy continues to keep Georgia Tech an active campus with in-person learning as the pandemic evolves. Ideally, the program established at Georgia Tech will remain in place, prepared to deal quickly with future infectious disease epidemics should the need arise, according to Gibson.

“We developed a program that in practice – and psychologically – provided a benefit to community members,” said Weitz, who also serves as the Tom and Marie Patton Chair in Biological Sciences and co-director of the Interdisciplinary Ph.D. in Quantitative Biosciences. “Many people could go get tested and know that they weren't infectious so that they had a less likely chance of infecting others. Or, if they did end up testing positive, they were able to isolate themselves so they didn't infect others. That is of significant benefit.” 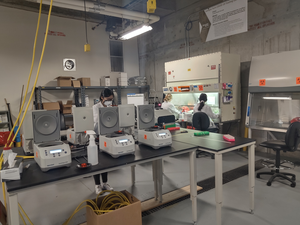 In the Covid-19 Surveillance lab at Georgia Tech, technicians process saliva samples and load them into a robot that creates the pool that will be tested. 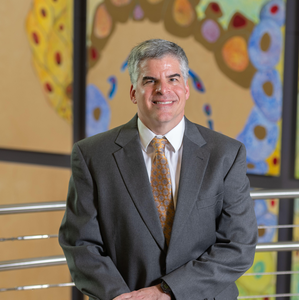 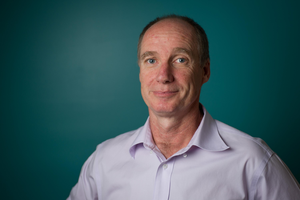 Greg Gibson, Professor in the School of Biological Sciences 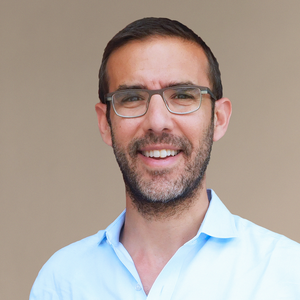 Joshua Weitz, Professor in the School of Biological Sciences