Researchers at Tel Aviv University found that the microbiome of a solitary locust undergoes a profound change when the host joins a group: bacteria called Weissella, almost completely absent from the microbiome of solitary locusts, become dominant in the gregarious phase. Moreover, a specially developed mathematical model indicates that swarming provides these bacteria with potential evolutionary advantages, allowing them to spread and infect large numbers of locusts. The researchers: "Our findings do not prove unequivocally that these bacteria cause locusts to swarm and migrate. They do however lead us to propose a new hypothesis – that the microbiome, and specifically the Weissella bacteria, play an important role in inducing the locusts' aggregation behavior. We hope that this new understanding will drive the development of new means for combating locust outbreaks – still a major threat to countless people, animals, and plants all over the globe."

The new study was based on a multidisciplinary collaboration of experts in fields as varied as insect behavior and physiology, microbiology, and computational models of evolution. The project was led by Prof. Amir Ayali and PhD student Omer Lavy from the School of Zoology at TAU's George S. Wise Faculty of Life Sciences. Participants included Prof. Lilach Hadany, Ohad Lewin-Epstein and Yonatan Bendett from the School of Plant Sciences and Food Security and Prof. Uri Gophna from the Shmunis School of Biomedicine and Cancer Research, all of the Wise Faculty. They were joined by Dr. Eran Gefen from the University of Haifa-Oranim. The paper was published in Environmental Microbiology.

Prof. Ayali explains: "Locust swarms that decimate all crops in their path have been a major cause of famine from Biblical times to the present. Over the last three years large parts of Africa, India and Pakistan have been hard-hit by locust outbreaks, and climate change is expected to exacerbate the problem even further. Locust swarms form when individual locusts, usually solitary and harmless, aggregate and begin to migrate. However, the causes for this behavior remain largely unknown, and an effective solution is yet to be found. Following recent studies, indicating that microbiomes can influence their hosts' social behavior, we hypothesized that locusts' microbiomes may play a role in their aggregation behavior."

To test their hypothesis, the researchers examined the gut microbiomes of locusts reared in the laboratory, and found a profound change when individuals reared in solitary conditions joined a large group of about 200 locusts.

Omer Lavy: "The most significant change was observed in bacteria called Weissella, almost completely absent from the microbiome of solitary locusts, which became dominant soon after their hosts joined the group."

The researchers then developed a mathematical model that was used for analyzing the conditions under which induction of locust aggregation produces significant evolutionary advantages for Weissella, allowing these bacteria to spread to numerous other hosts. Based on these results, the researchers hypothesize that Weissella bacteria may play an important role in the locust aggregation behavior. In other words, the bacteria may in some way encourage their hosts to change their behavior and become more 'sociable'.

Prof. Ayali concludes:  "Our study contributes to the understanding of locust swarming – a leading cause of famine from antiquity to the present. Our findings do not prove unequivocally that the Weissella bacteria are responsible for the swarming and migration of locusts. The results do however suggest a high probability that the bacteria play an important role in inducing this behavior – a new hypothesis never previously proposed. We hope that this new understanding will drive the development of new means for combating locust outbreaks – still a major threat to countless people, animals, and plants all over the globe."

Why do locusts form destructive swarms? 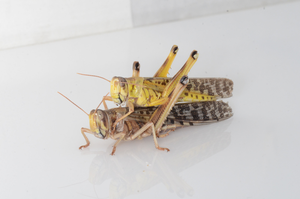 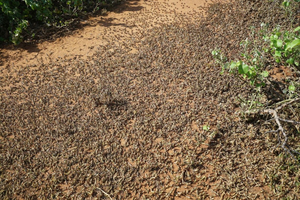 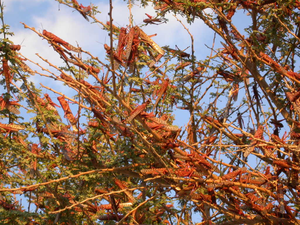 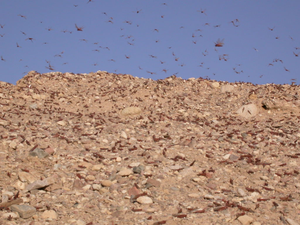 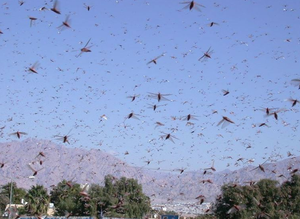