West Virginia leads the nation in overdose deaths, but distinguishing intentional overdoses from accidental ones is far from straightforward.

To shed light on the matter, Ian Rockett—a professor emeritus of the West Virginia University School of Public Health’s Department of Epidemiology and Biostatistics—led a national study to examine interstate characteristics associated with high rates of self-injury mortality.

“A relatively new concept, SIM was conceived as a combination of all registered or known suicides and the preponderance of fatal opioid and other drug overdoses,” Rockett said. “The inclusion of overdoses in SIM recognizes these deaths reflect self-harm behaviors, emanating from drug addiction and procurement, even when the victims did not intend to die.”

He and his colleagues analyzed cause-of-death data from the Centers for Disease Control and Prevention’s Wide-ranging Online Data for Epidemiologic Research database. The data spanned all 50 states and the District of Columbia for 1999-2000, 2007-08, 2013-14 and 2018-19.

The researchers focused on 33 characteristics that represented socioeconomic inequality, social isolation, demographics, the immediate cause of the fatal injury, healthcare access and the type of death-investigation system being used.

They discovered that SIM rates were higher in states where labor underutilization was more prevalent, where populations skewed non-Hispanic white and nonreligious and where more people had been prescribed opioids for at least 30 days in the previous year. States whose medicolegal death investigation systems are under a centralized authority, like West Virginia, appear to detect more SIM cases than did other states adjusting for other factors. The reason may be that they conduct more toxicologic testing.

SIM rates were lower in states where a higher percentage of residents worked in manufacturing, lacked health insurance and were homeless. The last two findings may defy expectations.

“Ordinarily, you’d think, ‘Health insurance is protective,’ and you would be correct” Rockett said. “But if you’re not in the healthcare system, you’re not going to be prescribed opioids. Yes, now there are many illicit opioids out there, such as highly lethal fentanyl, but for a long time opioid distribution was fundamentally a medical and pharmaceutical issue. This may also help explain why minorities had much lower overdose rates for many years. But they’re catching up to non-Hispanic whites because illicit opioids have become so common and all too readily accessible by the public.”

The gap between SIM and official suicide rates widened over the period of study. In the data from 1999 to 2000, 39 states had a SIM-to-suicide rate ratio that fell below 1.50. In the 2018-2019 data, only eight states did. The expanding rate ratio has implications for a rise in suicide undercounting.

“This expansion means that SIM was increasingly being represented by overdoses, a method of suicide that is very difficult for medical examiners and coroners to detect without strong corroborative evidence in the form of an authenticated suicide note, testimony by a reliable witness and record of a previous suicide attempt or serious mental illness,” Rockett said. “Generally, such evidence is either absent or grossly deficient, and medical examiners and coroners understandably and typically use accident as their default classification for fatal overdoses, whether truly unintentional or not.”

“I’d say, if anything, that 80% is a conservative estimate,” Rockett said.

“We take the view that most opioid and other drug deaths involve a pattern of self-harm, which is associated with acquiring the drugs and satisfying the motivating cravings,” he said. “To meet their needs, overdose victims frequently had pharmacy shopped and doctor shopped or purchased illicit drugs on the street from dealers. It’s high-risk behavior, and many people who misuse drugs are aware this is hazardous because they have known people who died as a consequence.

“Drug misuse and addiction are precursors to the high-risk behaviors that always potentially, and actually often, lead to SIM. Strategies aimed at reversing the upward trend in the SIM rate must involve large-scale, diverse and sustained interventions at the general population level, in combination with clinical and community-based interventions that target high-risk individuals among hospital emergency department patients, school and college students, and arrestees and prisoners.” 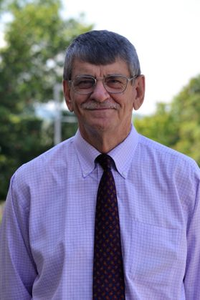