During the 2020 election cycle, presidential candidates spent nearly $3 billion on television, radio and digital ads — shattering records and demonstrating how important advertising is to campaign strategy. Given the amount of resources dedicated to advertising, understanding how messages influence voter behavior is critical to campaigns.

New research from Washington University in St. Louis is shedding light on how slant — the extremeness of the message — and consistency with the candidate’s primary campaign messaging in national television advertisements affected voter behavior during the 2016 presidential election, specifically online word-of-mouth chatter and candidate preference in daily polls.

With the help of recent advancements in text analysis methods, researchers conducted an extensive review of more than 800 national television ads that ran from June through November 2016. The study results were published on Jan. 28 in Quantitative Marketing and Economics by Raphael Thomadsen, professor of marketing at Washington University’s Olin Business School; Donggwan Kin, a PhD candidate at Olin; Beth L. Fossen, at Indiana University; and David A. Schweidel, at Emory University.

Their findings challenge conventional campaign wisdom, which suggests that candidates should moderate their positions and become more centrist after winning the party’s nomination.

Looking specifically at Twitter trends, the researchers observed that both candidates, on average, experienced a 30% increase in online word-of-mouth chatter between the five-minute window before an ad was shown and the five-minute window after an ad was shown. However, political ads with messages that were extremely Republican or extremely Democratic decreased the volume of candidate-related word of mouth, especially in earlier stages of the campaign.

There’s a caveat to that finding, though: Centrist messages in political ads did generate more online word-of-mouth and higher daily poll ratings, but the benefit of centrism was lost if those same messages were inconsistent with the candidate’s primary election platform.

“We find that consistency with the primary message, which is generally more partisan, is also important,” Thomadsen said.  “What that means, to me, is that the branding is important and that the benefit of moving to the center can be offset — or even more than offset — by the loss of the consistency of the message that such a move necessitates.

“It also demonstrates why candidates who have stuck with more extreme messaging have not suffered as much as political scientists focused on the median voter theories would believe they would.”

The importance of both centrism and message consistency were largest in the early stages of the general election, which seems to suggest that people may be more responsive to a candidate’s messages in political ads early in the campaign, Thomadsen said

“This goes against the advice that some consultants give, which is that no one pays attention until late in the race. Our analysis suggests the opposite — the candidate’s brand is built early in the race, and then at the end things become more of a scrum for voters,” Thomadsen said.

A more nuanced understanding of what makes political ads effective

According to Thomadsen, slant and consistency have traditionally been difficult to study on a large scale because the research was labor intensive, but new text analytics tools make the research more efficient. In the present study, authors were able to dig deeper — beyond the traditional focus on tone, source and volume of advertising — for a more nuanced understanding of how political ads impact voter behavior.

‘This goes against the advice that some consultants give, which is that no one pays attention until late in the race. Our analysis suggests the opposite — the candidate’s brand is built early in the race, and then at the end things become more of a scrum for voters.’

“This research is among the first in marketing to use text analysis to derive message-related metrics that are linked to the performance of television commercials,” Thomadsen said. “Similar approaches could be used outside of political marketing, by product and service marketers, to assess the importance of message consistency in an efficient and automated way.”

In total, the analysis included 824 ad airings for 60 unique ad creatives aired by 11 political advertisers, including campaigns, political parties and seven PACs. National television advertising buys account for more than 25% of all campaign television spending — a share that is expected to increase as the rising cost of local ad inventory in battleground markets increases, according to Thomadsen.

Slant was measured by analyzing the language used in the ad, including topics and specific word choice. Ads that featured language primarily used by one party were labeled extreme, while ads that included language used by both parties were labeled centrist. Examples of extreme messaging included ads that focused on national security, immigration, gender equality and health care. The technology also captured other dimensions, such as attack phrases frequently used by a candidate and other phases that set the tenor of their campaign.

While most of the national ads were fairly centrist, Trump’s ads tended to be somewhat more centrist than Clinton’s ads. Some of Trump’s ads leaned toward Democratic ideology, such as his promised support for gender equality, including equal pay and support for child care.

Likewise, some of Clinton’s leaned toward Republican ideology, including ads that discussed threats from nuclear weapons or the Islamic state. Overall, Clinton’s ads had a higher level of consistency than Trump’s.

“Trump’s presidency was more conservative than his 2016 campaign, so we remember those aspects of his messaging more,” Thomadsen said. “His first campaign had a lot of messages for the center, or even the left, of the country. He advocated for family leave, for example.”

Taken together, “the results suggest that it would be advantageous for candidates to adhere close to their primary campaign messages in the early stages of the general election and emphasize moderate or time-specific messages as the election further develops,” the authors wrote.

“Further, the results suggest that the rising use of extremist messages in political advertising may be a flawed strategy for candidates that could decrease candidate-related word-of-mouth volume and voter preference for the candidate.”

The role of slant and message consistency in political advertising effectiveness: evidence from the 2016 presidential election 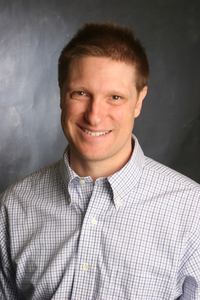