Of the roughly 250,000 known marine species, scientists think all ~126 marine mammals emit sounds – the ‘thwop’, ‘muah’, and ‘boop’s of a humpback whale, for example, or the boing of a minke whale. Audible too are at least 100 invertebrates, 1,000 of the world’s 34,000 known fish species, and likely many thousands more.

Now a team of 17 experts from nine countries has set a goal of gathering on a single platform huge collections of aquatic life’s tell-tale sounds, and expanding it using new enabling technologies – from highly sophisticated ocean hydrophones and artificial intelligence learning systems to phone apps and underwater GoPros used by citizen scientists.

The Global Library of Underwater Biological Sounds, “GLUBS,” will underpin a novel non-invasive, affordable way for scientists to listen in on life in marine, brackish and freshwaters, monitor its changing diversity, distribution and abundance, and identify new species. Using the acoustic properties of underwater soundscapes can also characterize an ecosystem’s type and condition.

The team’s paper, “Sounding the Call for a Global Library of Biological Underwater Sounds,” is published in the journal “Frontiers in Ecology and Evolution.”

Says lead author Miles Parsons of the Australian Institute of Marine Science: “The world's most extensive habitats are aquatic and they’re rich with sounds produced by a diversity of animals.”

“With biodiversity in decline worldwide and humans relentlessly altering underwater soundscapes, there is a need to document, quantify, and understand the sources of underwater animal sounds before they potentially disappear.”

The wide range of uses for PAM is expanding in step with advances in technology, providing a large volume of easily-accessible data on aquatic life.

Many fish and aquatic invertebrate species are predominantly nocturnal or hard to find, the paper notes, making visual observations difficult or impossible. As a result, “PAM is proving to be one of the most effective ways to monitor visually elusive but vocal species in aquatic environments, which can potentially aid in more effective conservation management,” including zoning in marine park areas or fishery closures, the paper says.

Besides making sounds for communication, many aquatic species produce ‘passive sounds’ while eating, swimming, and crawling – often less acoustically complex or distinct than active sounds but important contributions to an ecosystem’s tell-tale soundscape.

“Collectively there are now many millions of recording hours around the world that could potentially be assessed for a plethora of both known and, to date, unidentified biological sounds.”

Says co-author Aran Mooney of the Wood’s Hole Oceanographic Institution: “Like a biodiverse rainforest, coral reefs are rich with sounds produced by animals as they seek to communicate, defend territories, and attract mates.”

“Biodiversity and our ocean ecosystems are in trouble, with healthy coral reefs declining at alarming rates. This is a problem because reefs provide billions of US dollars in support, in terms of food, protection from storms, and pharmaceutical products. This developing library is a key way to catalog, monitor and track changes in biodiversity on reefs and other ocean habitats before they are gone but also help us define ‘what a healthy reef is’ as we seek to rebuild reefs.”

Adds Jesse Ausubel, a founder of the IQOE and a scientist at The Rockefeller University: “Human song varieties include love and work songs, lullabies, chants, and anthems. Marine animals must sing love songs. Maybe AI applied to the Global Library can help us understand the lyrics of these and many others.”

What on Earth? Recordings of Unidentified Swimming Objects:

1) Chorus of unidentified fish species in the Indo-Pacific, recorded by Pine et al., 2018 (from FishSounds.net).

4) A fish call recorded off Austrlia's western coast, the second half of which reminds scientists of "a section of the Hut of Baba Yaga from Mussorgsky’s Pictures at an Exhibition."

This can be “particularly important for high-biodiversity systems such as coral reefs, where even a short recording can pick up multiple animal sounds.”

Existing libraries of undersea sounds (several of which are listed with hyperlinks below) “often focus on species of interest that are targeted by the host institute’s researchers,” the paper says, and several are nationally-focussed. Few libraries identify what is missing from their catalogs, which the proposed global library would.

“A global reference library of underwater biological sounds would increase the ability for more researchers in more locations to broaden the number of species assessed within their datasets and to identify sounds they personally do not recognize,” the paper says.

“A global database could serve broader questions, like determining universal trends in underwater sound production, while individual, specialized repositories could continue to inform and detail other topics, such as documenting the presence of soniferous species in a particular region.”

The changing ranges of marine life

The scientists note that listening to the sea has revealed great whales swimming in unexpected places, new species and new sounds.

With sound, “biologically important areas can be mapped; spawning grounds, essential fish habitat, and migration pathways can be delineated…These and other questions can be queried on broader scales if we have a global catalog of sounds.”

Meanwhile, comparing sounds from a single species across broad areas and times helps understand their diversity and evolution.

Numerous marine animals are cosmopolitan, the paper says, “either as wide-roaming individuals, such as the great whales, or as broadly distributed species, such as many fishes.”

Fin whale calls, for example, can differ among populations in the Northern and Southern hemispheres, and over seasons, whereas the call of pilot whales are similar worldwide, even though their home ranges do not (or no longer) cross the equator.

Some fishes even seem to develop geographic ‘dialects’ or completely different signal structures among regions, several of which evolve over time.

Madagascar’s skunk anemonefish (https://bit.ly/3uA6Bad), for example, produces different agonistic (fight-related) sounds than those in Indonesia, while differences in the song of humpback whales have been observed across ocean basins.

“If the observer knows a target species’ signal characteristics, these sounds may be more easily detected, but without prior knowledge of either presence or structure of sounds, listening through the noise can be difficult,” the paper says.

“This has been highlighted by the recent COVID ‘anthropause’ experienced at various aquatic locations around the world.” Early in the pandemic, “removal of the anthropogenic component of some soundscapes has provided an opportunity to observe sounds (and therefore presence) of marine fauna that might otherwise be lost in the noise.”

Just as artificial intelligence has enabled facial or voice recognition, as well as phone apps that identify music or plants or birds, AI can one day help scientists distinguish marine life sounds from noise. However, a large number – ideally several thousands – of examples are needed, the paper adds.

As the library expands, it can form the foundation for AI training, which in turn will also facilitate the mining and extraction of marine life sounds from thousands of previously collected recordings.

Much like BirdNet and FrogID, a library of underwater biological sounds and automated detection algorithms would be useful not only for the scientific, industry and marine management communities but also for users with a general interest.

“Acoustic technology has reached the stage where a hydrophone can be connected to a mobile phone so people can listen to fishes and whales in the rivers and seas around them. Therefore, sound libraries are becoming invaluable to citizen scientists and the general public,” the paper adds.

And citizen scientists could be of great help to the library by uploading the results of, for example, the River Listening app (www.riverlistening.com), which encourages the public to listen to and record fish sounds in rivers and coastal waters.

The library would help standardize the format in which sounds are reported.

“A library to archive unknown sounds and their recording times and locations will be crucial for guiding future studies of marine bioacoustics and biodiversity,” the scientists say. “This is especially important in areas that are rarely investigated or where source identification is particularly problematic, such as the twilight and midnight zones, where a description of unknown sounds can give us insights on biodiversity in the deep ocean.”

“The changing environment and decreasing biodiversity are compelling the documentation of baseline acoustic observations. Technical advances associated with data collection and an increasing number of researchers and institutes collecting PAM data are providing the ability to create bioacoustic databases.”

“Concurrently, awareness of the importance of acoustic cues to aquatic fauna, the impacts of noise on them and the potential for acoustic communities to provide an indication of ecosystem health has reached a stage where PAM is becoming appreciated as a mainstream data source across more species and ecosystems than ever.”

“Now is the time to facilitate that progress by gathering the acoustic, ecological, and bioinformatic community together to realize an aquatic-sounds sharing platform.”

The paper, “Sounding the Call for a Global Library of Biological Underwater Sounds,” evolved from the ‘Working Group on Acoustic Measurement of Ocean Biodiversity Hotspots’ of the International Quiet Ocean Experiment, an international program of research, observation and modeling formed to better characterize and understand ocean sound fields and the effects of sound on marine life.

Support for IQOE is provided by the Scientific Committee on Oceanic Research, Partnership for Observation of the Global Ocean, Richard Lounsbery Foundation, Monmouth University Urban Coast Institute, and Rockefeller Program for the Human Environment.

A more detailed discussion, involving a wider network of contributors, is planned through upcoming stakeholder engagement and scoping workshops.

Sounding the call for a Global Library of Underwater Biological Sounds

Programme for the Human Environment, The Rockefeller University 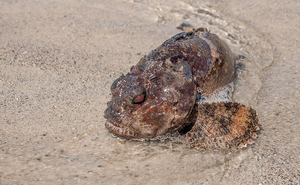 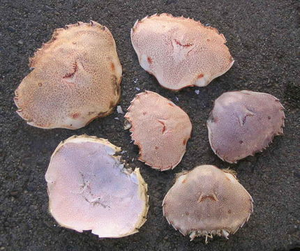