The end of the Permian was characterized by the greatest mass extinction event in Earth’s history. 252 million years ago, a series of volcanic eruptions in Siberia led to a massive release of greenhouse gases. In the course of the next several millennia, the climate ultimately warmed by ten degrees. As a consequence, on land, roughly 75 percent of all organisms went extinct; in the oceans, the number was roughly 90 percent.

By analyzing how the now-extinct marine organisms once lived, Dr. Foster and his team were able to directly link their extinction to the following climate changes: declining oxygen levels in the water, rising water temperatures, and most likely also ocean acidification.

These changes are similar to current trends. “Needless to say, our findings on the Permian can’t be applied to modern climate change one-to-one. The two climate systems are far too different,” says Foster, a geoscientist. “Yet they do show which traits were critical for an organism’s survival or extinction– under similar conditions. This can offer us valuable indicators for who or what will be at the greatest risk in the future.”

Specifically, the team analyzed more than 25,000 records on 1283 genera of fossil marine organisms like bivalves, snails, sponges, algae and crustaceans from the region of South China – all of which had mineral skeletons or shells. Their fossilized remains can be dated using a special method, offering insights into marine ecosystems dating back millions of years. The team also drew on an enormous database that offers additional information on various ecological aspects of how these organisms lived.

For each genus, twelve of these criteria were analyzed. Did certain traits make a given organism more likely to survive under the conditions prevalent at the end of the Permian – or not? With the aid of machine learning, a method from the field of Artificial Intelligence, all of these factors were analyzed jointly and simultaneously. In the process, the machine essentially made certain rational decisions on its own. Once this was done, the team compared the results: what organisms were there before, during and after the mass extinction?

Their findings reveal the four factors that were most essential to whether or not organisms survived the end of the Permian: where in the water they lived, the mineralization of their shells, species diversity within their genus, and their sensitivity to acidification.

“But with previous machine learning applications, we couldn’t say how the machine made its decisions.” Using a newly implemented method from games theory, Dr. Foster has now succeeded in unraveling this aspect: “Some animals lived in deeper water. Here, the machine shows that the worsening lack of oxygen posed a risk. In contrast, those animals that lived nearer the surface had to contend with the rising water temperatures. Plus, when you have only a limited habitat, you have nowhere to go when that specific habitat becomes uninhabitable.” As such, the results show which of the organisms’ traits were determined to be potentially fatal. The team was ultimately able to confirm that the mass extinction can be directly attributed to deoxygenation, rising water temperatures and acidification – which indicates that, in a future climate crisis, these could also be the three main causes of extinction in the long term.

No conflict of interest 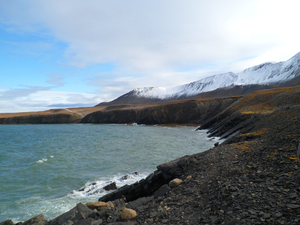