Researchers at the University of Massachusetts Amherst and Creighton University in Omaha have received a five-year, $2.8 million National Institutes of Health (NIH) grant to study the molecular mechanisms underlying multiple system atrophy (MSA), one in a group of fatal neurodegenerative movement disorders.

The research by lead investigator Amanda Woerman, assistant professor of biology in the UMass Amherst College of Natural Sciences, and Jason Bartz, professor and chair of medical microbiology and immunology at Creighton University, may also advance understanding of the biochemical roots of Parkinson’s disease and other synucleinopathies, which affect more than 6.8 million Americans.

“MSA is almost an accelerated version of Parkinson’s disease, with additional symptoms as the disease progresses,” Woerman says. “Patients are typically diagnosed in their 50s or 60s, whereas Parkinson’s patients are usually diagnosed in their 70s or 80s. And patients with MSA will progress quite rapidly and succumb to the disease within six to 10 years.”

There are no effective treatments for MSA, which in addition to causing movement dysfunction also robs the body’s ability to control blood pressure and the bladder, swallow and digest food and carry out other autonomic acts.

“These are all critical aspects of normal human physiology that are impaired in patients with MSA,” Woerman says. “As the name implies, multiple systems in the body begin to fail, often while the patient maintains cognitive function.”

The researchers work under the prion hypothesis – that a misfolded protein propagates throughout the body to cause neurodegenerative diseases. In the case of MSA, the misfolding protein is alpha-synuclein (a-synuclein), which also causes Parkinson’s disease.

“Historically, the prion hypothesis was only thought to apply to a group of diseases called the transmissible spongiform encephalopathies, such as mad cow and chronic wasting disease. Recent evidence suggests that many other protein misfolding diseases, including MSA, have prion-like properties,” Bartz says.

“In both diseases, a-synuclein misfolds into aggregates, or clumps of protein, in the brain,” Woerman adds. “We can show, using biological tools, that the shape the protein adopts when this happens is different between the two diseases. This is important because while protein structure usually dictates function, in protein misfolding diseases, the structure dictates the disease. For example, if you have a normal protein that looks like a circle, it misfolds into a square in Parkinson’s disease and a triangle in MSA. We call these different shapes ‘strains’ of a protein.”

Using the NIH grant, the researchers will investigate how the different strains contribute to the pathogenesis of disease. They will focus on how these protein aggregates travel within neurons, which contributes to the progressive degeneration seen in patients.

“The hope is that, by understanding this mechanism of neuronal transport, we might identify novel targets for therapeutic development and disrupt this process in a way that would halt the progression of disease,” Woerman says.

The researchers will run complementary experiments in parallel in their labs, using primary neuronal cultures, as well as a sciatic nerve injection model that Bartz developed to study the movement of different prion strains.

In her years of research into the complexities of MSA, Woerman remains driven by the hope that her work will help lead to treatments.

“As a scientist, you have to be studying something that you find incredibly compelling,” she says. “I really can’t think of anything that I care more about in science than trying to alleviate the suffering that these patients and their families are going through.” 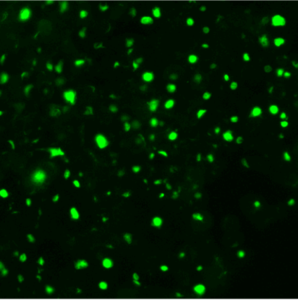