Marcel Dicke (@DickeMarcel) already knew that insects are an excellent source of protein for humans, but he didn’t expect to learn that they have such a positive impact on plants. In an Opinion paper published on March 2 in the journal Trends in Plant Science, Dicke, a researcher at Wageningen University in the Netherlands, and colleagues discuss the benefits of using the waste from insect-as-food-and-feed production to promote sustainable crops. The authors argue this approach could enhance plant growth, health, pollination, and resilience.

The leftovers from insect production come in two main forms: exuviae, the exoskeletons left behind after molting, and frass, named for the German word for eating. Frass is “basically insect poop and unconsumed food,” says Dicke.

When added to soil, the exuviae and frass promote both plant growth and health. Insect feces are rich in nitrogen, a nutrient that is pivotal to plant growth but is scarce in most soils; therefore, it is often added to crops in synthetic fertilizer. The insect exoskeletons are rich in chitin, a polymer that is difficult for most organisms to digest.

“There is, however, a set of bacteria that can metabolize chitin, and those microbes help plants to be more resilient to diseases and pests,” says Dicke. “When exuviae are added to soil, the populations of those beneficial bacteria increase.”

Dicke and his team see the application of insect-rearing byproducts to crops as a novel step towards a circular food system in which there is very little waste. The insects are fed waste streams from crop farming or food production, and the insects then provide humans with food. Using the leftovers from insect production to bolster crop growth could close this circle. Now, he just needs to get people on board.

Insects, which Dicke refers to as “mini-livestock,” are already efficient to farm, especially when compared to more traditional livestock. It takes roughly 25 kilograms of grass to produce one kilogram of beef. The same amount of grass can produce ten times as much edible insect protein. This is due to the higher conversion rate of insects and because up to 90% of an insect’s body mass is edible, as opposed to only 40% of a cow.

“I have eaten crickets, mealworms, and locusts,” says Dicke. “Many people in in our part of the world need to get used to eating insects, but I can tell you that I've eaten many other insect species around the globe, and I've always had a wonderful meal on them.”

The researchers plan to continue to investigate the potential for exuviae to work as a pest control. When a plant is attacked by an insect, its leaves can produce volatiles that attract the predators of the pest. “I call it the plant’s cry for help,” says Dicke. “They are recruiting bodyguards.”

Dicke thinks that a similar process might be happening through the plants’ roots and that the microbes that are digesting the chitin in the insect waste might also be acting as security for the plants by breaking down pathogenic fungi and making the plant resilient to pests. “Studies have already shown that microbes associated with the roots help plants by protecting against diseases,” says Dicke. “Now we’re investigating whether plant roots recruit microbes that help them in defending against pests.”

This authors were supported by the Dutch Research Council.

Trends in Plant Science (@TrendsPlantSci), published by Cell Press, is a monthly review journal that features broad coverage of basic plant science, from molecular biology to ecology. Aimed at researchers, students, and teachers, its articles are authoritative and written by both leaders in the field and rising stars. Visit http://www.cell.com/trends/plant-science. To receive Cell Press media alerts, please contact press@cell.com.

Insect frass and exuviae to promote plant growth and health

We should be eating more insects and using their waste to grow crops, says plant ecologist 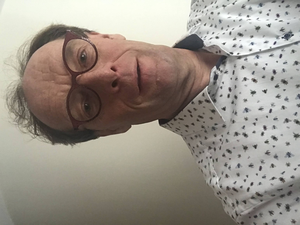