The Korea Institute of Science and Technology (KIST, President Dr. Yoon, Seok-Jin) announced that a research team led by Dr. Jeong-Myeong Ha of the Clean Energy Research Center developed a process technology and catalyst for removing hydrogen sulfide, a toxic substance, during the process of ethylene production from methane in biogas.

Biogas, which is produced by microorganisms present in food waste, livestock manure, and sewage sludge, consists mainly of methane that can be used for low-cost energy including power generation, heating, and addition to town gas. Methane can acquire a large added value if converted into ethylene, a basic raw material for industries, through chemical reactions. Ethylene is a typical non-petroleum product that can reduce greenhouse gases.

The research team developed a process technology in 2021 that produces ethylene from biogas with the help of catalysts. In addition to methane, which is fairly useful in general, biogas contains a significant amount of toxic hydrogen sulfide, which is difficult to remove and interferes with the catalytic reaction in ethylene production. The developed technology facilitates ethylene production by oxidizing and removing hydrogen sulfide during the production process.

Dr. Jeong-Myeong Ha stated, "Biogas is already produced in large quantities in Korea, and if biogas is used as a raw material for the chemical industry rather than just for heating, biogas producers who struggle to achieve carbon neutrality will have a larger market and be able to provide new raw materials without greenhouse gas emissions." He also mentioned, "This technology will draw attention from related companies as it can utilize not only biogas but also methane generated from various wastes such as plastics."

Korea Institute of Science and Technology (KIST), founded as the first multidisciplinary government-funded research institute in Korea, established a national development strategy based on science and technology and disseminated various essential industrial technologies. Now, half a century later, KIST is elevating Korea's status in the field of science and technology through world-leading fundamental technology R&D. Looking to the future, KIST will continue to strive to be a premier research institute, pursuing a brighter future of human.

This study was supported by the Ministry of Science and ICT (Minister Lim Hye-sook) through the Korea Research Foundation's C1 Gas Refinery Program and Climate Change Mitigation Technology Development Program, and the results were published in the December 2021 issue of "Applied Catalysis B: Environmental " (IF 5.164, JCR top 1.471%). 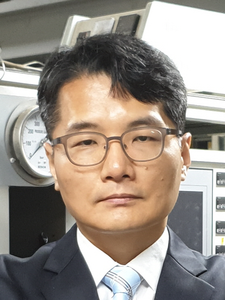