The prompt for the study came from MS patients: "We hear again and again from sufferers that they feel worse when they consume milk, cottage cheese or yogurt," explains Stefanie Kürten from the Institute of Anatomy at University Hospital Bonn. "We are interested in the cause of this correlation."

The professor of neuroanatomy is considered a renowned expert on multiple sclerosis. She began the study in 2018 at the University of Erlangen-Nuremberg. A year and a half ago, she moved to Bonn, where she continued the work together with her research group. "We injected mice with different proteins from cow's milk," she says. "We wanted to find out if there was a constituent that they were responding to with symptoms of disease."

And the researchers did indeed find what they were looking for: When they administered the cow's milk constituent casein together with an effect enhancer to the animals, the mice went on to develop neurological disorders. Electron microscopy showed damage to the insulating layer around the nerve fibers, the myelin. The fat-like substance prevents short circuits and additionally significantly accelerates stimulus conduction.

In multiple sclerosis, the body's immune system destroys the myelin sheath. The consequences range from paresthesia and vision problems to movement disorders. In extreme cases, patients need a wheelchair. The insulating sheath was also massively perforated in the mice - apparently triggered by casein administration. "We suspected that the reason was a misdirected immune response, similar to that seen in MS patients," explains Rittika Chunder, who is a postdoctoral fellow in Prof. Kürten's research group. "The body's defenses actually attack the casein, but in the process they also destroy proteins involved in the formation of myelin."

Such cross-reactivity can occur when two molecules are very similar, at least in parts. The immune system then in a sense mistakes them for each other. "We compared casein to different molecules that are important for myelin production," Chunder says. "In the process, we came across a protein called MAG. It looks markedly similar to casein in some respects - so much so that antibodies to casein were also active against MAG in the lab animals."

This means that in the casein-treated mice, the body's own defenses were also directed against MAG, destabilizing the myelin. But to what extent can the results be transferred to people with MS? To answer this question, the researchers added casein antibodies from mice to human brain tissue. These did indeed accumulate in the cells responsible for myelin production in the brain.

Self-test for antibodies against casein

Certain white blood cells, the B cells, are responsible for antibody production. The study found that the B cells in the blood of people with MS respond particularly strongly to casein. Presumably, the affected individuals developed an allergy to casein at some point as a result of consuming milk. Now, as soon as they consume fresh dairy products, the immune system produces masses of casein antibodies. Due to cross-reactivity with MAG, these also damage the myelin sheath around the nerve fibers.

However, this only affects MS patients who are allergic to cow's milk casein. "We are currently developing a self-test with which affected individuals can check whether they carry corresponding antibodies," says Kürten, who is also a member of the Cluster of Excellence ImmunoSensation2. "At least this subgroup should refrain from consuming milk, yogurt, or cottage cheese."

It is possible that cow's milk also increases the risk of developing MS in healthy individuals. Because casein can also trigger allergies in them - which is probably not even that rare. Once such an immune response exists, cross-reactivity with myelin can in theory occur. However, this does not mean that hypersensitivity to casein necessarily leads to the development of multiple sclerosis, the professor emphasizes. This would presumably require other risk factors. This connection is nevertheless worrying, Kürten says: "Studies indicate that MS rates are elevated in populations where a lot of cow's milk is consumed." 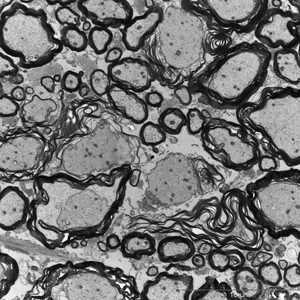 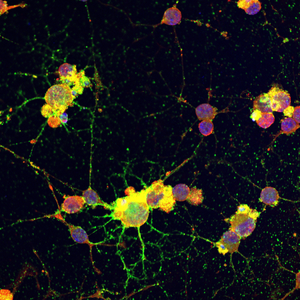