Annapolis, MD; March 2, 2022—"Spongy moth" has been formally adopted as the new common name for the moth species Lymantria dispar by the Entomological Society of America.

The ESA Governing Board voted unanimously last week to approve the addition of "spongy moth" to ESA's Common Names of Insects and Related Organisms List, completing a process started in July 2021 when the previous name, "gypsy moth," was removed due to its use of a derogatory term for the Romani people. The change is the first undertaken by ESA's Better Common Names Project.

The name—derived from the common name used in France and French-speaking Canada, "spongieuse"—refers to the moth's sponge-like egg masses.

"Lymantria dispar is a damaging pest in North American forests, and public awareness is critical in slowing its spread. 'Spongy moth' gives entomologists and foresters a name for this species that reinforces an important feature of the moth's biology and moves away from the out-dated term that was previously used," says ESA President Jessica Ware, Ph.D. "We are grateful to the diverse community of people and organizations who have been involved in this renaming process and have committed to adopting 'spongy moth' as well."

The spongy moth is an invasive pest of North American forests that can defoliate hundreds of tree and shrub species. Native to Europe, Asia, and North Africa, it was introduced in Massachusetts in the 1800s and is now widespread in the northeastern United States and eastern Canada and costs hundreds of millions of dollars each year in damage and prevention and control efforts. A primary way the spongy moth spreads is via these egg masses when transported on firewood, outdoor equipment, and vehicles. Public awareness of the L. dispar egg mass and its sponge-like appearance is important in controlling the pest, as the insect spends most of its life cycle (10 months) in the egg stage.

Through its addition to the ESA Common Names List, "spongy moth" will now be adopted for use in articles published in ESA's scientific journals and in presentations and posters at ESA conferences, as well as in ESA's website, social media, and public policy documents.

ESA encourages other organizations and individuals who work in research or management of Lymantria dispar to transition to the use of "spongy moth" in communications, documents, and publications as time and resources allow in coming months and years. The Better Common Names Project has published a toolkit for adopting the new name, with recommendations, frequently asked questions, and a flyer for raising public awareness.

"'Spongy moth' is already beginning to appear in media stories and other online resources, which we're excited to see. But we know this name change won't happen overnight," Ware says. "Particularly in books or print products, or regulations related to L. dispar, phasing in use of the new name may take some time. ESA will continue to provide supporting resources for organizations adopting this change."

The name "spongy moth" was recommended by a working group that included more than 50 scientists and professionals who work in research or forest management settings in both the United States and Canada, as well as Romani scholars working on human rights issues. The group gathered name suggestions and additional input from a broad array of interested individuals and organizations, including entomologists, forestry professionals, federal agencies, state departments of agriculture and natural resources, conservation groups, pest control and plant protection organizations, and Romani people. More than 200 name proposals were evaluated, and a list of seven finalist names was shared with these groups for consideration, with more than 1,000 responses received. "Spongy moth" was put forth for a two-week comment period beginning January 25, and comments were reviewed by the ESA Common Names Committee and ESA Governing Board prior to final approval.

ABOUT: ESA is the largest organization in the world serving the professional and scientific needs of entomologists and people in related disciplines. Founded in 1889, ESA today has more than 7,000 members affiliated with educational institutions, health agencies, private industry, and government. Headquartered in Annapolis, Maryland, the Society stands ready as a non-partisan scientific and educational resource for all insect-related topics. For more information, visit www.entsoc.org. 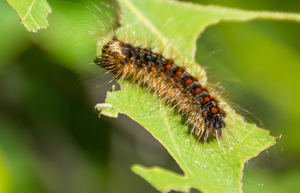 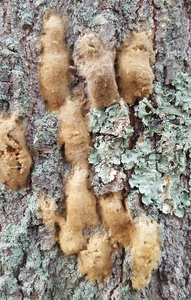