Sex roles in birds describe sex differences in courtship, mate competition, social pair-bonds, and parental care. Different explanations have been put forward to explain these differences but none are based on a comprehensive study. Therefore, an international team of experts set out to analyse data on 1,800 of the approximately 9,000 different species of birds as their study organisms. The results show that adult sex ratios are the main driving force for differences in sex roles. A paper on this study was published in Ecology Letters on 25 February.

In birds, there can be huge differences between the sexes, both in characteristics, such as size or colour, and in behaviour, such as courtship or parental care. ‘There are differences between bird species but there is also quite a bit of variation within species,’ says Jan Komdeur, Professor of Evolutionary Ecology at the University of Groningen. All this may affect how birds can adapt to changing circumstances, such as climate change, and cope with anthropogenic threats, such as habitat loss. It is therefore useful to know exactly how differences in sex roles have evolved.

A classic explanation is that of gametic investment: females produce just a few eggs each year but each rich with nutrients, while males have nearly unlimited supplies of tiny sperm in their semen. ‘The idea is that this makes females choosier,’ explains Komdeur. However, this alone is not enough to explain all sex role differences. Other contributing factors that have been proposed are climate, life histories, and social factors. ‘However, no comprehensive analysis has been performed of their effect across bird species.’

Back in 2014, Komdeur discussed this with his colleague Tamás Székely, Professor at the Milner Centre for Evolution in the UK, who spent several months at the University of Groningen as a visiting scholar funded by the Dutch Research Council NWO. ‘We got in touch with a postdoctoral researcher, Alejandro Gonzalez-Voyer, who was keen to undertake such an analysis.’ This task turned out to be of Herculean proportions: there are around 9,000 bird species and he had to collect data on sex roles and variables that might affect them for all of these.

The sex roles in this study were competition and attraction of mates, pair-bonding, and parental care. Sexual size dimorphism, sexual dichromatism, social mating system, and parental investment in post-mating care were used as proxies for these roles. Four drivers for differences in sex roles were analysed: the climate in which each species lives, life-history (such as the life span), social environment (especially the sex ratio in adult birds), and phylogeny (the ancestry of a species).

‘The job was more complex than we had anticipated,’ acknowledges Komdeur. ‘It could take up to a week to assess one species. Some 6,000 birds were investigated and, in the end, we obtained a full data set for 1,800 species. Only those were used in the analysis.’ The results showed that climate, life histories, and phylogeny had no significant effect on sex roles in birds. ‘This is surprising since the literature suggests that climate and life history are important; however, this was often based on studies with just a few species.’

The only factor that significantly influenced sex roles was the social environment, specifically the adult sex ratio. ‘One explanation for this is that when there is a surplus of males, they have to compete fiercely for a mate and will have less energy to care for the young.’ On the other hand, when there is a surplus of females, they do not have to spend a lot of energy on finding a mate and, therefore, can invest more in their young.

The scientists made sure that the statistical power of a comparison between 1,800 species was enough to detect significant contributions to sex roles. They also corrected for other possible confounders. Overall, the biologists found a lot of variation in sex roles within species. ‘It is very rare that sex roles are completely fixed in a species.’ The adult sex ratio is determined by a difference in mortality between the species and this may be driven by climate changes. These processes should be investigated in a new study. Komdeur: ‘We do not know everything but our study does show that the social environment is an important driver of sex roles.’

Phylogenetic analyses of the influence of climate, life histories and social environment

Who is taking care of the kids? 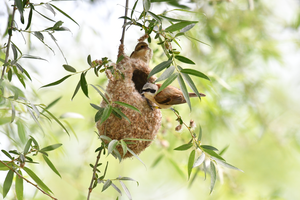 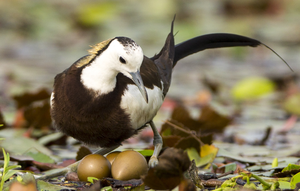