Cows moo. Wolves howl. Birds tweet. And fish, it turns out, make all sorts of ruckus.

“People are often surprised to learn that fish make sounds,” said Audrey Looby, a doctoral candidate at the University of Florida. “But you could make the case that they are as important for understanding fish as bird sounds are for studying birds.”

The sounds of many animals are well documented. Go online, and you’ll find plenty of resources for bird calls and whale songs. However, a global library for fish sounds used to be unheard of.

Site visitors can browse audio files, sound visualizations and more. Fish sounds are organized by species and sound name. Select the “boop” sound name, and you can listen to recordings of the Bocon toadfish, which also happens to be a close relative of the fish Looby is researching for her dissertation while based at the UF/IFAS Nature Coast Biological Station in Cedar Key, Florida.

“There’s no standard system yet for naming fish sounds, so our project uses the sound names researchers have come up with,” Looby said. “And who doesn’t love a fish that boops?”

The library’s creators hope to add a feature that will allow people to submit their own fish sound recordings. Other interactive features, such as a world map with clickable fish sound data points, are also in the works.

Fish make sound in many ways. Some, like the toadfish, have evolved organs or other structures in their bodies that produce what scientists call active sounds. Other fish produce incidental or passive sounds, like chewing or splashing, but even passive sounds can still convey information.

Scientists think fish evolved to make sound because sound is an effective way to communicate underwater. Sound travels faster under water than it does through air, and in low visibility settings, it ensures the message still reaches an audience.

“Fish sounds contain a lot of important information,” said Looby, who is pursuing a doctorate in fisheries and aquatic sciences at the UF/IFAS College of Agricultural and Life Sciences. “Fish may communicate about territory, predators, food and reproduction. And when we can match fish sounds to fish species, their sounds are a kind of calling card that can tell us what kinds of fish are in an area and what they are doing.”

Knowing the location and movements of fish species is critical for environmental monitoring, fisheries management and conservation efforts. In the future, marine, estuarine or freshwater ecologists could use hydrophones — special underwater microphones — to gather data on fish species’ whereabouts. But first, they will need to be able to identify which fish they are hearing, and that’s where the fish sounds database can assist.

FishSounds.net emerged from the research team’s efforts to gather and review the existing scientific literature on fish sounds. An article synthesizing that literature has just been published in Reviews in Fish Biology and Fisheries.

In the article, the researchers reviewed scientific reports of fish sounds going back almost 150 years. They found that a little under a thousand fish species are known to make active sounds, and several hundred species were studied for their passive sounds. However, these are probably both underestimates, Cox explained.

“There are probably a lot of fish sounds that just haven’t been recorded. That’s why we’ll continue to review new studies coming out and add to the repository. This is truly is an international and global project with much more to come,” Cox said.

About the University of Victoria

UVic is one of Canada’s leading research-intensive universities, offering life-changing, hands-on learning experiences to more than 21,000 students on the edge of the spectacular BC coast. As a hub of transformational research, UVic faculty, staff and students make a critical difference on issues that matter to people, places and the planet. UVic consistently publishes a higher proportion of research based on international collaborations than any other university in North America, and our community and organizational partnerships play a key role in generating vital impact, from scientific and business breakthroughs to achievements in culture and creativity. Find out more at uvic.ca. Territory acknowledgement

Reviews in Fish Biology and Fisheries

From ‘boops’ to ‘unks,’ how scientists are using fish sounds to conserve underwater ecosystems 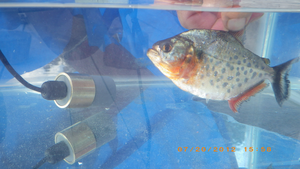 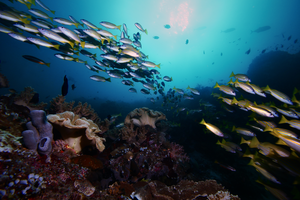