Creating synthetic life could be easily within our grasp soon based on a comparison with the evolution of computer chips.

Computer programming and gene synthesis appear to share little in common. But according to University of Cincinnati professor Andrew Steckl, an Ohio Eminent Scholar, leaps forward in technology in the former make him optimistic that wide scale gene manufacture is achievable.

Steckl and his student, Joseph Riolo, used the history of microchip development and large scale computer software platforms as a predictive model to understand another complex system, synthetic biology. Steckl said the project was inspired by comments by another student in his group, Eliot Gomez.

“No analogy is perfect. DNA doesn’t meet certain definitions of digital code,” Riolo said, “but there are a lot of ways the genome and software code are comparable.”

Their analysis was published in the Nature journal Scientific Reports.

According to the UC study, synthetic biology has the potential to be “the next epochal technological human advancement following microelectronics and the internet.” Its applications are boundless, from creating new biofuels to developing new medical treatments.

Scientists at the J. Craig Venter Institute created the first synthetic organism in 2010 when they transplanted an artificial genome of Mycoplasma mycoides into another bacterial cell. This relatively simple artificial genome took 15 years to develop at a cost of more than $40 million.

But by using computer chip development as a guide, Steckl said we can infer the speed and costs of producing similar synthetic life might follow a similar trajectory as the performance and cost of electronics over time.

The article highlights the comparison and similarities between biological and digital coding languages in terms of alphabet, words and sentences. However, the authors underline that DNA coding — the combinations the adenine, guanine, thymine and cytosine that make up a genome — only tells part of the complex story of genes and omits things like epigenetics.

“There are all kinds of caveats, but we need a zero-order comparison to start down this road,” said Steckl, a distinguished research professor who holds joint appointments in electrical engineering, biomedical engineering and materials engineering in UC’s College of Engineering and Applied Science.

“Can we compare the complexity of programming a fighter plane or Mars rover to the complexity associated with creating a genome of a bacterium?” Steckl asked. “Are they of the same order or are they significantly more complicated?

“Either biological organisms are way more complicated and represent the most complicated ‘programming’ that has ever been done — so there’s no way you can duplicate it artificially — or perhaps they’re of the same order as creating the coding for an F-35 fighter plane or a luxury car, so maybe it is possible.”

Moore’s Law is a predictive model for the advancement of computer chips. Named for computer scientist Gordon Moore, co-founder of Intel, it suggests that advances in technology allow for exponential growth of transistors on a single computer chip.

And 55 years since Moore drafted his theory, we’re still seeing it at work in three-dimensional microchips, even if the advances provide smaller benefits in performance and power reduction than previous leaps forward.

Since 2010, the study said, the price of editing genes and synthesizing genomes has roughly halved every two years in much the way Moore’s Law suggests.

“This would mean that synthesizing an artificial human genome could cost approximately $1 million dollars and simpler applications like a custom bacterium could be synthesized for as little as $4,000,” the authors said in the study.

“This combination of surmountable complexity and moderate cost justifies the academic enthusiasm for synthetic biology and will continue to inspire interest in the rules of life,” the study concluded.

Likewise, Steckl said bio-engineering could become integral to virtually every industry and science in much the same way computer science evolved from a niche discipline to a critical component of most every science.

“I see a correlation between how computing has evolved as a discipline. Now you see heavy-duty computing in every science discipline,” Steckl said. “I see something similar happening in the world of biology and bio-engineering. Biology is everywhere. It will be interesting to see how these things evolve.”

Both Steckl and Riolo agree that the ability to create artificial life does not necessarily carry the burden or moral authority to do so.

“It’s not something to be taken lightly,” Steckl said. “It’s not as simple as we should do it because we can do it. One should also consider the philosophical or even religious implications.”

How can the computer chip predict the future of gene synthesis? 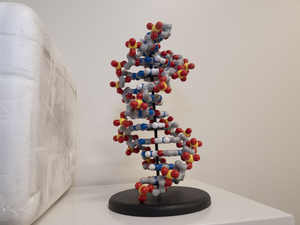 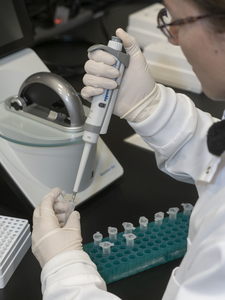