Boulder, Colo., USA: The Popocatépetl volcano, located southeast of Mexico City, stands as the second highest peak in Mexico and is considered to be one of the potentially most dangerous volcanoes in the world, given its record of highly explosive eruptions over the last 23,000 years.

Scientists have been studying the record of past eruptions from Popocatépetl to better understand possible future eruption scenarios and to mitigate potential risks. A new study published 25 February in GSA Bulletin took a focused look at one of the largest lava flows from Popocatépetl—the Nealtican lava flow—to evaluate its emplacement mechanisms and assess future volcanic hazards.

Researchers studied the lava flow in its entirety by mapping units of the lava flow, analyzing its forms and features, and performing chemical and mineral analyses of the rocks.

“All of this work helps us to reconstruct the eruptive history of this flow and to determine exactly what the basic characteristics were for this eruption to occur,” said Israel Ramírez-Uribe, the lead author of this study. “It’s important to study these phenomena so that we can better anticipate future scenarios and mitigate the risks.”

Co-author Dr. Claus Siebe said, “We can determine the areas that have been affected by past eruptions and then speculate on areas that may be affected in the future. And if these areas are inhabited by people, we can tell whether they might suffer the consequences of an eruption in the future.”

The Nealtican lava flow covers an area of ~70 km2 to the east of Popocatépetl and was formed shortly after a highly explosive eruption known as the Lorenzo Pumice, which is dated between 350–50 BCE. From examining the layers of volcanic material, the Nealtican lava flow likely erupted only months to years after the explosive Lorenzo Pumice eruption.

Unlike the oozing, low-viscosity lava flows we often see from volcanoes in Hawaii, researchers determined that the Nealtican lava flows would have had a much higher viscosity, traveling at a rate of only 1–33 meters per day. Based on reconstructed eruption rates, it likely took ~35 years for the whole Nealtican lava field to be emplaced.

While a lava flow moving this slowly would not pose a direct risk for loss of human life, it would fully destroy existing structures and permanently render agricultural areas useless.

The Nealtican lava flows and the preceding explosive Lorenzo Pumice eruption would have significantly impacted pre-Hispanic settlements, burying villages under volcanic material and causing an exodus of the local population. Part of the pre-Hispanic Tetimpa settlement is currently buried under ash and 30–100 m of lava, but the full impact of the eruption on settlements closer to the volcano isn’t known.

“The archeological site of Tetimpa seems to be the outskirts of settlements that are buried under tens of meters of lava flows, so the main archeological material is still lying under the lavas and won’t be easy to access.” said Siebe.

Notably, the rise and fall of large Mesoamerican cities like Teotihuacán and Cholula coincide with the last major explosive eruptions from Popocatépetl. The population exodus and subsequent relocation as a result of the volcanic eruptions may have led to the rise of these important cities in central Mexico.

If Popocatépetl produced a lava flow today similar to the extent of the Nealtican lava field, it could severely damage the infrastructure of existing towns in the vicinity of the volcano and displace local residents, as it has in the past.

The millions of residents in the vicinity of Popocatépetl should be prepared and aware of these volcanic hazards, as it is not a question of if the volcano will erupt, but when.

“This volcano is an active volcano, and we don’t know when it will have a high magnitude eruption again, but it will certainly have one, and we should be ready for that,” said Siebe.

Ramírez-Uribe noted that “we must work with the communities at risk and try to explain volcanic hazards and their effects not only from a technical perspective, but also considering the socio-cultural aspects, religious beliefs, and the worldview of inhabitants.”

GSA BULLETIN articles published ahead of print are online at https://pubs.geoscienceworld.org/gsabulletin/early-publication. Representatives of the media may obtain complimentary copies of articles by contacting Kea Giles. Please discuss articles of interest with the authors before publishing stories on their work, and please make reference to The Geological Society of America Bulletin in articles published. Non-media requests for articles may be directed to GSA Sales and Service, gsaservice@geosociety.org.

Nealtican lava flow field, Popocatépetl volcano: A window to the past and future hazards 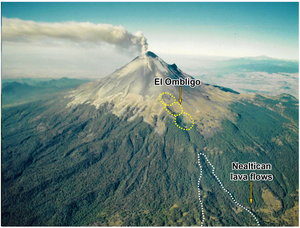 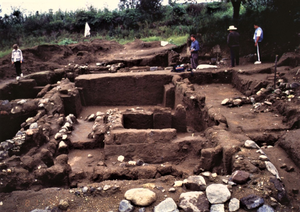