As a girl in New York City in the 1940s, Mildred “Millie” Dresselhaus was taught that there were only three career options open to women: secretary, nurse, or teacher. But sneaking into museums, purchasing three-cent copies of National Geographic, and devouring books on the history of science ignited in Dresselhaus a passion for inquiry.

In “Carbon Queen: The Remarkable Life of Nanoscience Pioneer Mildred Dresselhaus,” science writer Maia Weinstock, who is also the deputy editorial director in the MIT News Office, describes how, with curiosity and drive, Dresselhaus defied expectations and forged a career as a pioneering scientist and engineer. Dresselhaus made highly influential discoveries about the properties of carbon and other materials and helped reshape our world in countless ways — from electronics to aviation to medicine to energy. She was also a trailblazer for women in STEM and a beloved educator, mentor, and colleague.

“Millie was nothing less than a hero to many, in her home country and around the world,” Weinstock writes in “Carbon Queen.” “The story of her life provides insights into the workings of an ever-expanding mind, the ongoing evolution of societal attitudes toward women and people of color in science and engineering, and the unique power of kindness.”

Her path wasn't easy. Dresselhaus's Bronx childhood was impoverished. Her graduate advisor felt educating women was a waste of time. But Dresselhaus persisted, finding mentors in Nobel Prize-winning physicists Rosalyn Yalow and Enrico Fermi. Eventually, Dresselhaus became one of the first female professors at MIT, where she would spend nearly six decades. Weinstock explores the basics of Dresselhaus's work in carbon nanoscience, describing how she identified key properties of carbon forms, including graphite, buckyballs, nanotubes, and graphene, leading to applications that range from lighter, stronger aircraft to more energy-efficient and flexible electronics.

Maia Weinstock is an editor, writer, and producer of science and children's media whose work has appeared in Scientific American, Discover, SPACE.com, BrainPOP, and Scholastic's Science World. She is Deputy Editorial Director at MIT News, a lecturer at MIT on the history of women in STEM, and creator of LEGO's “Women of NASA.”

On March 16th, Weinstock will join Laurie McNeil, the Bernard Gray Distinguished Professor in the Department of Physics and Astronomy at the University of North Carolina at Chapel Hill, for a virtual event at Politics & Prose. Details here.

On March 24, the MIT Press will collaborate with the MIT Libraries on a special event celebrating the book. Free and open to the public, the event will also feature Evelyn Hu, professor of applied physics and of electrical engineering at Harvard University, and will take place at the Nexus in Hayden Library.

The publication of “Carbon Queen” was supported by the MIT Press Fund for Diverse Voices. The fund aids new work by authors who bring excluded and chronically underrepresented perspectives to the fields in which the press publishes across the sciences, arts, and humanities. 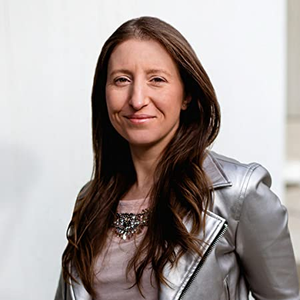 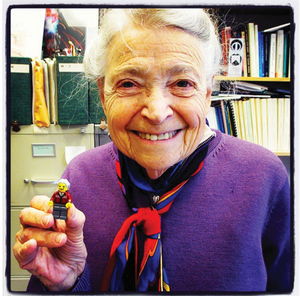