The mysteries of underwater life have long been a source of inspiration for writers, filmmakers, and marine biologists. But scientists interested in understanding the biological diversity of the oceans are often limited by the relatively shallow depths accessible via scuba diving. Small research submersibles, while expensive, allow for the exploration of much deeper waters. A new paper co-authored by researchers at the Smithsonian’s Tropical Research Institute (STRI) and National Museum of Natural History (NMNH), the University of Washington and the Universidad Nacional Autónoma de Honduras describes the important contribution of submersibles to increasing our knowledge about the diversity of deep-reef fishes in the Greater Caribbean.

In 2010, Smithsonian scientists initiated the Deep Reef Observation Project or DROP to explore the ocean surrounding the Caribbean islands of Curacao, Bonaire, Dominica, Sint Eustatius (Statia) and Roatan using two privately-owned small submersibles, Curasub and Idabel. These submersibles can dive to 300 and 900 meters, respectively, about two to six times deeper than a technical scuba dive, and they can stay at maximum depth for much longer than can technical divers relying on tanks of gas mixtures they carry with them.

The new article in Frontiers in Marine Science reveals that, due to DROP research at three sites in the Greater Caribbean (Curacao, Statia, Roatan), the numbers of deep-reef fishes recorded increased about 9-fold and the total numbers of such fishes are two to four times greater than at three sites with little or no similar research effort: Alligator Reef in the Florida Keys, Bermuda and St. Croix.

“DROP research produced two important results: it showed that reef-fish faunas dominated by families of typical shallow water reef fishes extend down far below the mesophotic zone — to about 300 meters — and that the diversity of the deep-reef fish fauna of the Greater Caribbean biogeographic region is at least one third greater than had previously been realized,” said D. Ross Robertson, STRI staff scientist. “These results derive from our collections of such fish using the submersibles, mostly at Curacao and Roatan.”

Although the rate of discovery of new deep-reef fish species began increasing after the advent of scuba, it grew dramatically with the use of research submersibles, as they permit longer-duration dives at any depth with panoramic views of underexplored ecosystems, and are equipped with devices to collect fishes during those dives.

“When DROP first started exploring Caribbean deep reefs using submersibles, we saw a lot of fish species we didn’t recognize,” said Carole Baldwin, chair of vertebrate zoology at the NMNH. “Now, after nearly a decade of submersible collecting at places like Curacao, we can identify almost everything we see from the windows of the sub, much of which we collected, named, and described as new species.”

However, such submersible research is at the expensive end of the range of options. Depending on whether or not it is supported by a research vessel, a week-long expedition using submersibles could cost between $30,000 and $200,000. In comparison, similar research using a small industrial ROV (remotely operated vehicle) working to 300 meters and operated from a small fishing vessel would cost around $40,000 for one week’s research.

Baited remote underwater videos (BRUVs) are the cheapest technology and can be used at sites wherever there is boat support. However, since they rely on baits, they tend to attract certain fishes over others and may not gather the same kind of data as other methods.

Closed-Circuit Rebreathers (CCR) are a less expensive option. They allow dives with minimal boat support and, because divers are highly maneuverable, likely are more effective than submersibles at collecting rapidly moving demersal fishes. However, they are limited by human physiology to dives shallower than about 150 meters and require extended periods of decompression after short deep dives.

Differences in deep-reef fishes discovered at different islands ultimately suggest that many parts of the Greater Caribbean likely harbor a myriad of deep-reef fishes waiting to be discovered, a process that could be accelerated by increasing the use of research submersibles, perhaps in combination with other less costly underwater exploration methods.

Funding for the DROP project comes from internal sources at the Smithsonian, from the National Geographic Society’s committee for research and exploration and the Prince Albert II of Monaco Foundation. Fieldwork at Roatan was conducted using additional funds from the University of Washington and the Burke Museum.

Since 2011, the DROP project has published 45 peer-reviewed papers, with more planned. Those include descriptions of 7 new genera and 35 new species of deep-reef fishes, mollusks, crustaceans and echinoderms, with another approximately 10 fish species still to be named and described. DROP discovered and described a new reef ocean zone, the rariphotic, which connects the mesophotic and deep sea. It also acquired almost ten years of temperature data along a reef slope from 15 to 245 meters, documented the first record of invasive Caribbean lionfish preying on previously unknown biodiversity, acquired foundational data on cryptic reef biodiversity at various depths down a tropical-reef slope and developed protocols and methods for deployment and retrieval of collecting devices placed on deep reefs, using robotic arms of ROV/submersibles.

A decade of deep-reef exploration in the Greater Caribbean 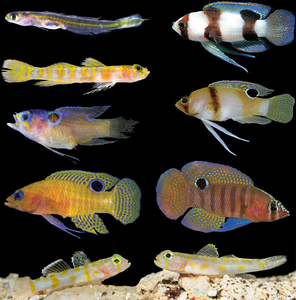