The idea of food chains and food webs in the animal kingdom is simple: Remove a link or thread, and the system is broken. But nature is complex, and it’s not always clear how the absence of one species may impact others.

Other times, the connection is devastatingly clear.

Argentina’s wild vicuñas are close relatives of alpacas and llamas. For decades, vicuñas, pumas and condors have been intrinsically connected, sustaining the high Andes ecosystem of Argentina’s San Guillermo National Park: Vicuñas grazed the grass. Pumas preyed extensively upon the vicuña. And condors depended on the pumas’ leftovers.

That is, until recent years, when one by one, each of these relationships unraveled across the landscape after a mange outbreak decimated the park’s vicuña population in less than five years.

What happens when a disease disrupts a protected ecosystem so forcefully that cascading consequences are felt by nearly all wildlife and plants within it?

A study published in the journal Ecology Letters examines how the mange outbreak among vicuñas restructured tightly linked food-chain interactions that were previously driven by pumas, also called mountain lions or cougars.

It also illustrates how even remote parks are not fully safe from human impacts. A recent UC Davis study indicates the mange outbreak stemmed from domestic llamas introduced to private lands outside the park.

“This preserve is about as remote as you can get, with very little human interaction, and yet it is still not safe from human activities occurring hundreds of miles away,” said co-leading author Justine Smith, as assistant professor with the UC Davis Department of Wildlife, Fish and Conservation Biology. “Pathogens can take hold quickly, leaving animals with little time to respond or adapt. We might see unintended consequences that we should be preparing for when managing at-risk populations of wildlife.”

Sarcoptic mange is a highly contagious disease in which parasitic mites burrow under the skin, making it too painful to move and forage. Many animals starve or become easy prey.

When the study’s authors began to see mange rapidly spread through the park, they were already studying pumas and vicuñas there. They switched gears to study the chain reaction of the disease outbreak in 2015.

Their findings show that introduced disease can cause rapid and catastrophic changes to wildlife populations and their ecosystems.

“The changes to the landscape were really evident even as we were collecting the data to confirm these patterns,” said co-leading author Julia Monk, a Ph.D. candidate at Yale School of the Environment. “We went from seeing condors daily to going months on end without encountering them, and the open plains that were practically bare when I started working in the park had exploded with vegetation by my next field season. ”

Before the outbreak, pumas had been the biggest threat to vicuñas, whose grazing strategy was designed around avoiding them. But the tiny mite turned out to be the much bigger threat.

The impact on pumas, the park’s top carnivore, is less clear, as tracking collars were only operational through 2017. The authors know that at least one puma they monitored starved to death, though puma sightings remained common throughout the study. Anecdotally, the authors also observed animals switching prey to smaller items, such as an instance where a puma was hunting a tuco-tuco, a small rodent.

The changes among the animals also brought massive change to the landscape. Bare ground became covered in grasses over huge expanses visible from space. Vegetation increased up to 900% in areas where vicuñas preferentially foraged to avoid becoming puma prey. There is some concern this growth could spark a population explosion of European hares, although more research is needed to verify those concerns.

“We don’t really know how or if these systems will recover,” Smith said. “Will they return to the system we knew, or will a new balance emerge from these dynamics? It’s hard to predict.”

The scientists say the study also highlights the importance of baseline monitoring, basic research and supporting the capacity of scientists outside the United States.

“Continuing to support our colleagues in Argentina who have worked for decades to understand and protect this unique system will be vital for tracing the continuing effects of the disease and for promoting the ecosystem’s recovery,” Monk said.

The research was supported by the National Geographic Society, Yale University, UC Berkeley, CONICET and other conservation organizations.

Cascading effects of a disease outbreak in a remote protected area 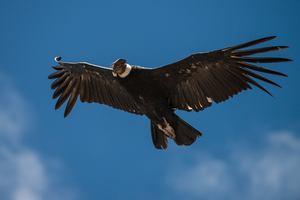 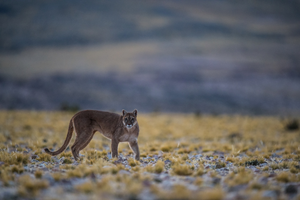 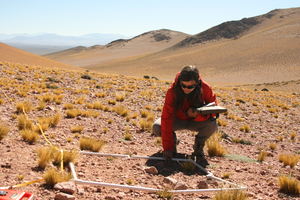