A single protein can reverse the developmental clock on adult brain cells called astrocytes, morphing them into stem-like cells that produce neurons and other cell types, UT Southwestern researchers report in a PNAS study. The findings might someday lead to a way to regenerate brain tissue after disease or injury.

“We’re showing that it may be possible to reprogram the fate of this subset of brain cells, giving them the potential to rebuild the damaged brain,” said study leader and co-corresponding author Chun-Li Zhang, Ph.D., Professor of Molecular Biology and an Investigator in the Peter O’Donnell Jr. Brain Institute.

Recent research has suggested that glia can be prompted to produce neurons in some models of brain injury or after genetic manipulation. Although these findings are promising, regenerating healthy brain tissue will require production of multiple cell types, rather than only neurons, said Dr. Zhang.

Looking for a way to spur this “multipotent” regeneration, Dr. Zhang and his colleagues used a genetic engineering technique in adult mouse brains to induce astrocytes, a subset of glia, to produce different transcription factors, proteins pivotal for controlling cell identity. These experiments showed that a single transcription factor – a protein known as DLX2 – appeared to reprogram astrocytes into neural stem-like cells capable of producing neurons and multiple subtypes of glial cells.

The researchers confirmed these findings both using a technique called lineage tracing, in which they followed progeny of the altered astrocytes as they multiplied, as well as marker analysis that showed that these new cells had the expected identities of neurons or glia. Working with the team of co-corresponding author Gary Hon, Ph.D., Assistant Professor of Obstetrics and Gynecology and in the Cecil H. and Ida Green Center for Reproductive Biology Sciences and the Lyda Hill Department of Bioinformatics, global gene expression analysis showed that prompting astrocytes to produce DLX2 appeared to reprogram them into stem-like cells with features of both immature brain cells found earlier in development and cells found in the regenerative niches of the adult brain.

Dr. Zhang and his colleagues suggest that DLX2 might someday be used as a tool to treat traumatic brain injuries, strokes, and degenerative conditions such as Huntington’s disease. Researchers in the Zhang lab are planning to study this approach in animal models.

Dr. Zhang is a W.W. Caruth, Jr. Scholar in Biomedical Research at UT Southwestern. Dr. Hon is a CPRIT Scholar.

UT Southwestern, one of the nation’s premier academic medical centers, integrates pioneering biomedical research with exceptional clinical care and education. The institution’s faculty has received six Nobel Prizes and includes 25 members of the National Academy of Sciences, 17 members of the National Academy of Medicine, and 14 Howard Hughes Medical Institute Investigators. The full-time faculty of more than 2,800 is responsible for groundbreaking medical advances and is committed to translating science-driven research quickly to new clinical treatments. UT Southwestern physicians provide care in more than 80 specialties to more than 117,000 hospitalized patients, more than 360,000 emergency room cases, and oversee nearly 3 million outpatient visits a year. 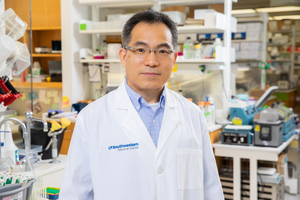 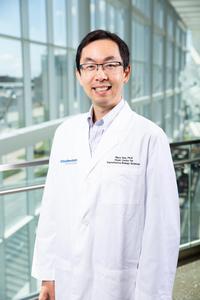