How can Einstein's theory of gravity be unified with quantum mechanics? It is a challenge that could give us deep insights into phenomena such as black holes and the birth of the universe. Now, a new article in Nature Communications, written by researchers from Chalmers University of Technology, Sweden, and MIT, USA, presents results that cast new light on important challenges in understanding quantum gravity.

A grand challenge in modern theoretical physics is to find a ‘unified theory’ that can describe all the laws of nature within a single framework – connecting Einstein's general theory of relativity, which describes the universe on a large scale, and quantum mechanics, which describes our world at the atomic level. Such a theory of ‘quantum gravity’ would include both a macroscopic and microscopic description of nature.

“We strive to understand the laws of nature and the language in which these are written is mathematics. When we seek answers to questions in physics, we are often led to new discoveries in mathematics too. This interaction is particularly prominent in the search for quantum gravity – where it is extremely difficult to perform experiments,” explains Daniel Persson, Professor at the Department of Mathematical Sciences at Chalmers university of technology.

An example of a phenomenon that requires this type of unified description is black holes. A black hole forms when a sufficiently heavy star expands and collapses under its own gravitational force, so that all its mass is concentrated in an extremely small volume. The quantum mechanical description of black holes is still in its infancy but involves spectacular advanced mathematics.

A simplified model for quantum gravity

“The challenge is to describe how gravity arises as an ‘emergent’ phenomenon. Just as everyday phenomena – such as the flow of a liquid – emerge from the chaotic movements of individual droplets, we want to describe how gravity emerges from quantum mechanical system at the microscopic level,” says Robert Berman, Professor at the Department of Mathematical Sciences at Chalmers University of Technology.

In an article recently published in the journal Nature Communications, Daniel Persson and Robert Berman, together with Tristan Collins of MIT in the USA, showed how gravity emerges from a special quantum mechanical system, in a simplified model for quantum gravity called the ‘holographic principle’.

“Using techniques from the mathematics that I have researched before, we managed to formulate an explanation for how gravity emerges by the holographic principle, in a more precise way than has previously been done,” explains Robert Berman.

The new article may also offer new insight into mysterious dark energy. In Einstein's general theory of relativity, gravity is described as a geometric phenomenon. Just as a newly made bed curves under a person's weight, heavy objects can bend the geometric shape of the universe. But according to Einstein's theory, even the empty space – the ‘vacuum state’ of the universe – has a rich geometric structure. If you could zoom in and look at this vacuum on a microscopic level, you would see quantum mechanical fluctuations or ripples, known as dark energy. It is this mysterious form of energy that, from a larger perspective, is responsible for the accelerated expansion of the universe.

This new work may lead to new insights into how and why these microscopic quantum mechanical ripples arise, as well as the relationship between Einstein's theory of gravity and quantum mechanics, something that has eluded scientists for decades.

“These results open up the possibility to test other aspects of the holographic principle such as the microscopic description of black holes. We also hope to be able to use these new connections in the future to break new ground in mathematics,” says Daniel Persson.

The scientific article, Emergent Sasaki-Einstein geometry and AdS/CFT is published in Nature Communications and is written by Robert Berman, Tristan Collins and Daniel Persson at Chalmers University of Technology, Sweden, and Massachusetts Institute of Technology, USA.

Mathematical discovery could shed light on secrets of the Universe 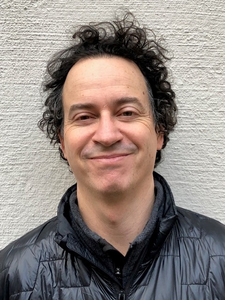 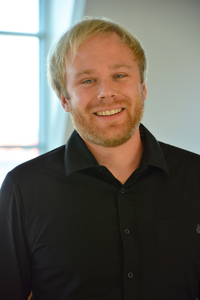