In a world-first, the DNA of a vulnerable species, the iconic Arabian Oryx, has been decoded. An international team led by the University of Sydney undertook this project to ensure the survival of the species, by using the genetic data to inform breeding programs.

The Arabian oryx, a kind of antelope, became extinct in the wild in 1972 due to hunting and poaching. However, it continued to exist in captivity through breeding programs at the Phoenix Zoo and by private collectors in Saudi Arabia (indeed, it was the first animal to be rescued from extinction in the wild). It was historically – and remains – a cultural and national icon in the Gulf region.

A decade later, the species was ‘rewilded’ and today, wild populations totalling 1,200 animals exist in around the world, mainly on the Arabian Peninsula. There are 6,000-7,000 animals in captivity, 600 of which are in the Al-Wusta Wildlife Reserve, in Oman.

According to the IUCN Red List of Threatened Species, the Arabian oryx continues to face a high risk of extinction in the wild. Yet, until now, no breeding strategies that account for the genetic diversity have been devised.

Associate Professor Jaime Gongora, his former PhD student Qais Al Rawahi, and his colleagues decided to address this by analysing the population’s DNA and proposing breeding strategies based on the results. Their study on this has been published in Royal Society Open Science.

“There is more to the preservation of the Arabian oryx than conservation,” Associate Professor Gongora said. “Historically and now, it has strong cultural significance in the Arabian Peninsula due to its unique physical features and strength, enabling it to live in harsh desert environments. It has even become a national icon in Saudi Arabia, Oman, Qatar, and the United Arab Emirates. That’s why we are working so hard to ensure it survives – for the oryx itself and to keep this cultural connection alive.”

“This work in such an iconic species could serve as a benchmark for the long-term sustainability of other conservation programs. This includes those taking place at the Al-Wusta Wildlife Reserve involving the Sand Gazelle, the Mountain Gazelle and the Nubian Ibex.”

Arabian oryx are unique animals distinguished by the length of their horns, which can grow up to one metre. They can travel 75km a day, searching for food, and are known for their ‘sixth sense’: they can sense the location of incoming rain and move towards it to drink, as well as consume plants that thrive in moister conditions, like acacias. With a lifespan of between 15 and 20 years, they are a key food source for other species on the Arabian Peninsula including striped hyenas, Arabian wolves, and lynxes.

The researchers gathered and tested genetic samples from 138 Arabian oryxes at the Al-Wusta Wildlife Reserve, as well as 36 historical samples from the Phoenix Zoo – the offspring of a herd established there in the 1970s. They studied the maternally inherited mitochondrial DNA and biparentally inherited single nucleotide polymorphisms – genetic variations used to identify species.

To their relief, the Arabian oryx’s gene pool was moderately diverse, meaning that herds can respond to changing environments and maintain good health. In fact, at 58 percent of the total diversity, the current-day sample was more genetically diverse than the historical ones. “This means that conservation strategies based on random mating could be reasonably successful,” said the lead author of the study, Associate Professor Gongora.

Yet there was room for improvement: they discovered three ancestral groups, but their genetics were not evenly distributed across the current-day herds in the wildlife reserve. Based on this, they suggest a targeted breeding strategy whereby females can breed with males from the other genetic lineages. “To ensure the survival of the species, it’s not just about population size – it’s about genetic diversity,” Associate Professor Gongora said.

Together with his colleagues, Associate Professor Gongora is working with the Al-Wusta Wildlife Reserve to implement this strategy – to kick off once COVID-19 travel restrictions lift.

The researchers also recommend that the Arabian oryx genetic samples be stored in a biobank for future genetic analyses. In addition, biobanking of eggs and sperm samples could also be considered as a long-term insurance policy against extinction. 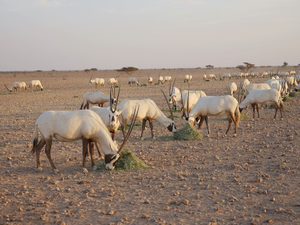 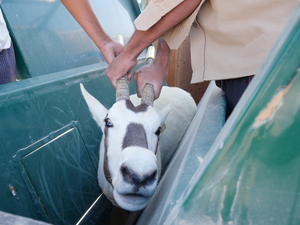 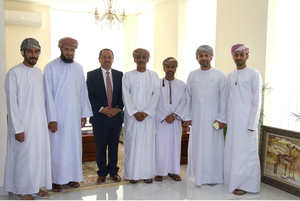