Scientists have developed a model that predicts six tropical fish species will expand into northern parts of Japan as sea temperatures rise.

A new study forecasts how global climate change will affect tropical fish species in Japan. The research, published in the journal Frontiers in Built Environment, predicts that six tropical fish species will expand northward into temperate regions of the Japanese coast as sea temperatures rise.

Climate change is causing temperate coastal waters to get warmer, affecting the abundance, distribution and types of marine species that live there. In Japan, water temperature in coastal regions has risen by 1.16°C degrees over the last 100 years, which is twice the global average of 0.56°C degrees.

Tropicalization—the increase in species originating from tropical waters—will affect humans in many ways. For example, rising numbers of toxic harmful species can be detrimental for fisheries and leisure, increasing the risk of food poisoning or injuries when swimming. Increases in herbivorous fish can lead to loss of seagrass and seaweed beds, reducing carbon uptake. On the other hand, rising numbers of tropical reef fish can attract tourism and provide opportunities for the aquarium fish trade and environmental education.

“Our current knowledge of how marine ecosystems in Asia will respond to climate change is limited, especially for coastal fish species,” explains Kenji Sudo, marine ecologist at Hokkaido University. “We developed a model to investigate how tropical fish in Japan might respond to changing environmental conditions.”

They found that the minimum sea surface temperature was the most important factor affecting distribution patterns for all species. Depth, slope and seagrass/seaweed beds were also important for some species.

The model showed that, under two different carbon emission scenarios, all six tropical species were predicted to expand into the middle to northern parts of Japan. By the 2090s, their habitat range was estimated to expand to around 1.5 times that of 2000-2018 with severe warming. The expansion was predicted to be highest along the Pacific coast, which is affected by the warm Kuroshio and Tsushima Currents along the coast of the Sea of Japan. However, the model indicated that habitat range changes could be minimised by stringent mitigation measures.

“The results indicate that many human activities along the Japanese coasts, such as fisheries, leisure use and human health may be greatly affected by changes in tropical fish patterns without proper mitigation measures against climate change,” says co-author Masahiko Fujii, Associate Professor at the Faculty of Environmental Earth Science, Hokkaido University.

The study suggests that ambitious commitment to reducing greenhouse gas emissions could prevent future tropicalization. The model could be used by local decision makers to plan suitable climate adaption programs. 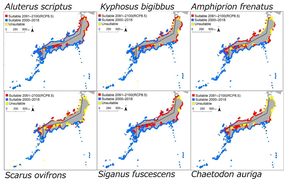 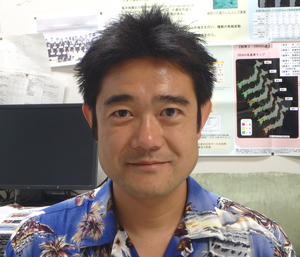