“Previous studies have suggested health benefits of flavanols — compounds in several plant-based foods including cocoa, tea, grapes, and berries,” said Manson. “COSMOS was not a chocolate trial — rather, it’s a rigorous trial of a cocoa extract supplement that contains levels of cocoa flavanols that a person could never realistically consume from chocolate without adding excessive calories, fat, and sugar to their diet.”

A daily multivitamin had no significant effect on total or individual cardiovascular events. There were no safety concerns for either cocoa flavanols or a multivitamin.

“Although our study suggests intriguing signals for cardiovascular protection with cocoa flavanols, any health benefits due to taking these supplements will need confirmation in a future trial,” said Manson. Adds Sesso: “Our message for consumers is to eat a healthy, balanced diet, rich in natural food sources of flavanols, and to stay tuned as we further evaluate other important health outcomes in COSMOS.”

Funding: The Cocoa Supplement and Multivitamin Outcomes Study (COSMOS) is supported by an investigator-initiated grant from Mars Edge, a segment of Mars dedicated to nutrition research and products, which included infrastructure support and the donation of cocoa extract-containing study pills and packaging. Pfizer Consumer Healthcare (now part of GSK Consumer Healthcare) provided support through the partial provision of study pills (Centrum Silver) and packaging. COSMOS is also supported in part by grants AG050657, AG071611, EY025623, and HL157665 from the National Institutes of Health, Bethesda, MD. The Women’s Health Initiative (WHI) program is funded by the National Heart, Lung, and Blood Institute, National Institutes of Health, U.S. Department of Health and Human Services through contracts 75N92021D00001, 75N92021D00002, 75N92021D00003, 75N92021D00004, 75N92021D00005. Neither company had a role in the trial design or conduct, data collection (other than blinded assays supported by Mars Edge and completed independently), data analysis, or manuscript preparation or review. 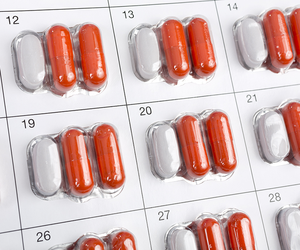