Philadelphia (April 5, 2022) — Findings from a new study are providing important insights into the spread of Rocky Mountain spotted fever, which is transmitted from dogs to people through ticks. The new data are being used to create models that could help predict, and possibly prevent, future outbreaks.

Although the disease is usually carried by the American dog tick or Rocky Mountain wood tick, the brown dog tick was identified as a new vector — or carrier — during a 2003 outbreak in Arizona. Since then, the Rickettsia rickettsii bacteria that causes the disease has spread to brown dog ticks across the American Southwest and parts of Mexico. Although the tick is present across the entire U.S., only those in Arizona and the surrounding regions are known to carry R. rickettsii.

“Our results indicate that the spread of Rocky Mountain spotted fever involves a combination of factors and that the vectoring capacity of the brown dog tick may be spreading outside of the region,” said Kayla Allwardt, a veterinary student in the VandenBrooks lab. “This could put a much larger portion of the country at risk. Identifying the highest risk regions is essential to protecting canine and human health.”

Allwardt will co-present the new research with veterinary student Nicolette Roe at the American Society for Biochemistry and Molecular Biology annual meeting during the Experimental Biology (EB) 2022 meeting, to be held April 2–5 in Philadelphia.

To carry out the new study, the research team applied what the Centers for Disease Control and Prevention call a One Health approach, which recognizes the interconnection between people, animals and the environment. The researchers collected ticks and dog serum samples from 25 sites for genetic analysis and mapped relevant environmental factors.

“We found three genetically distinct populations of ticks, which vary in the percentage of ticks that carry the R. rickettsii bacteria,” said Roe. “These differences are a major contributor to the variation in Rocky Mountain spotted fever cases we see across the region.”

They also found that of the 16 U.S. counties surveyed, two were at high risk for an outbreak, 10 were at medium risk and only four were at low risk. Importantly, they also found high rates of Rocky Mountain spotted fever infection in dogs in areas where no human cases had been reported.

The researchers incorporated the data into a model that can be used to determine where new outbreaks might occur. This could allow resources such as tick collars or prevention kits to be sent to critical areas. They have also been working to incorporate the data into a model that can determine whether a canine vaccine, which would need to be developed, could feasibly stop future spread.

The investigators plan to expand their research to examine more areas across the U.S. to determine how far infected brown dog ticks have spread. This data can then be used to develop more complete models to help predict and prevent future outbreaks.

Kayla Allwardt and Nicolette Roe will present this research from 12:30–1:45 p.m. Tuesday, April 5, in Exhibit/Poster Hall A–B, Pennsylvania Convention Center (Poster Board Number A222) (abstract). Contact the media team for more information or to obtain a free press pass to attend the meeting.

About the American Society for Biochemistry and Molecular Biology (ASBMB)

ASBMB is a nonprofit scientific and educational organization with more than 12,000 members worldwide. Founded in 1906 to advance the science of biochemistry and molecular biology, the society publishes three peer-reviewed journals, advocates for funding of basic research and education, supports science education at all levels, and promotes the diversity of individuals entering the scientific workforce. www.asbmb.org 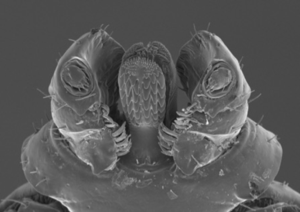 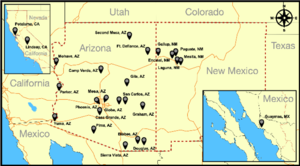