University of Virginia School of Medicine scientists have discovered a cluster of cells in the brainstem that controls the body’s response to severe blood loss, a finding which could benefit efforts to develop new treatments for traumatic injuries.

The discovery pinpoints a collection of neurons that drives a response that maintains blood pressure during blood loss. However, severe blood loss eventually causes cardiovascular collapse – a condition termed “decompensated hemorrhage” marked by an abrupt and dangerous loss of blood pressure – and the new results shed light on why that happens.

The new results, from UVA’s Stephen Abbott, PhD, and collaborators, shed light on an important process the body uses to maintain its blood pressure. The neurons Abbott and his team describe – properly known as “adrenergic C1 neurons” – monitor blood pressure and swing into action during blood loss. When the neurons detect blood loss, they increase nerve activity that constricts blood vessels and maintains proper blood pressure.

The scientists were able to determine this using advanced imaging and a technique called optogenetics that allows for the remote control of neurons using light. Their research revealed that the C1 neurons are hyperactive during blood loss, and this maintains blood pressure. But these neurons become inactive with severe blood loss, resulting in cardiovascular collapse.

Decompensated hemorrhage is the prelude to hemorrhagic shock, in which the body begins to shut down. But the scientists found that re-activating the C1 neurons in lab rats restored both blood pressure and heart rate.

“Our study indicates that reactivating the brain pathways controlling blood pressure during decompensated hemorrhage effectively reverses cardiovascular collapse. We think this indicates that neuromodulation of the pathways described by our study could be a beneficial adjunct therapy for low blood pressure following blood loss,” said Abbott, of UVA’s Department of Pharmacology.

The scientists note that there may be several factors that contribute to the decline in the activity of the C1 neurons during the onset of decompensated hemorrhage. More research on that front is needed. But the team’s findings identify important new directions for that future research.

“These findings illuminate the importance of the brain-body interactions during blood loss and provide a new perspective for the underlying cause of cardiovascular collapse,” Abbott said.

To keep up with the latest medical research news from UVA, subscribe to the Making of Medicine blog at https://makingofmedicine.virginia.edu. 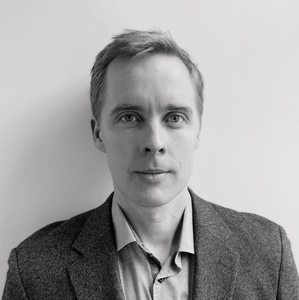