While shrews are evasive and rarely seen, these small insectivorous mammals are very abundant. One species, the greater white-toothed shrew (Crocidura russula) is particularly successful: it is expanding in Europe and has been identified as having an invasive character in some islands, namely in Ireland. It is therefore fundamental to understand how this species rapidly adapts to new environments – for example, to urban areas - to better predict its pace of expansion.

A previous study confirmed what was already known for other species: that greater white-toothed shrews from the city are usually bolder and more active than animals from the countryside. Now, a study published in the journal Animal Behaviour shows that individuals from urban environments differ more in their behavior from each other than individuals of rural populations.

“Possibly, such diverse city personalities are caused by the high spatial and temporal heterogeneity in urban environments”, says Sophie von Merten, first author of the study, researcher at the Centre for Environmental and Marine Studies - CESAM, at the Faculty of Sciences of the University of Lisbon (Portugal).

The urban individuals studied here came from locations with different characteristics: from small patches of vegetation on the busy university campus, from shrubberies in urban parks frequented by humans and their dogs, and from abandoned green areas next to a noisy city highway, where noise levels are high but direct disturbance by humans almost non-existent. In contrast, rural sites all had low levels of noise or light pollution and rare direct disturbance by humans.

“The fact that similar results were found in two species that are so different to each other hints at a general pattern”, explains Leszek Rychlik, Professor at the Adam Mickiewicz University (Poland) and coordinator of this study. He adds: “As cities are continuously growing around the globe, studies like ours are important to better understand of the consequences of urbanization on wild animals. Ultimately this might help us to protect biodiversity”.

Sophie von Merten
Faculty of Sciences of the University of Lisbon
sophievonmerten@gmail.com

Impact of urbanization on shrews: a city full of personalities 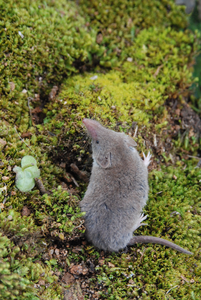 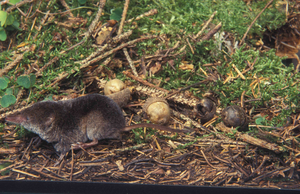