Researchers from the University of Jyväskylä found brown trout better survived a Flavobacterium disease outbreak if the fish had larvae of freshwater pearl mussel in their gills. In another study, duck mussels were observed to filter and remove Flavobacterium from the water.

Flavobacteria are a severe problem for fish farming and cause substantial economic losses. The “warm water disease” caused by Flavobacterium columnare is especially problematic since a functional vaccine against the bacterium is not available. The skin and gill damage in diseased individuals can cause high mortality in young salmonids.

Glochidium larvae of the freshwater pearl mussel attach to salmon or trout gills, where they develop and grow for 9 to 11 months until they detach and sink to the river bottom, starting their life as mussels. Glochidium larva is a parasite in the gills of fish. Therefore, it was assumed that glochidia-infested fish would be more prone to bacterial infection.

Against expectations, brown trout infested with pearl mussel larvae better survived an outbreak of Flavobacterium columnare. Moreover, the protective effect of glochidia infestation against bacterial disease sustained several months after the larvae had dropped off from the gills of fish. The higher the number of pearl mussel larvae in the gills was, the better the trout survived.

Mussels can remove flavobacteria from water

Freshwater mussel are filter-feeders. They remove suspended materials efficiently, cleaning tens of liters of water a day. Thus, their ability to filter and remove harmful F. columnare bacteria from water was tested. The result was clear: in aquaria, one mussel individual could halve the density of bacteria within two days.

Species diversity loss will cause loss of important ecosystem services

The freshwater pearl mussel is an endangered species which has disappeared from a large part of its original distribution area. The present results indicate that with the extirpation of species we may lose important and valuable ecosystem services.

“Filtering freshwater mussels could be potentially utilized in water treatment applications,” says Head of Konnevesi Research Station and LIFE Revives project, professor Jouni Taskinen. “As species disappear, we may lose ecosystem services the species provide – probably before we have even found them.” 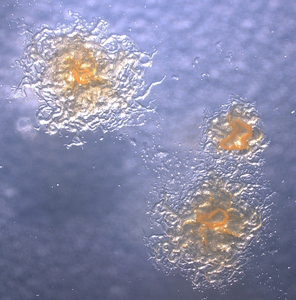 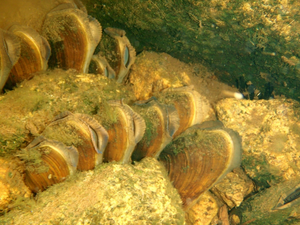