April 4, 2022, Mountain View, CA – COSMIC SETI (the Commensal Open-Source Multimode Interferometer Cluster Search for Extraterrestrial Intelligence) took a big step towards using the National Science Foundation’s Karl G. Jansky Very Large Array (VLA) for 24/7 SETI observations. Fiber optic amplifiers and splitters are now installed for all 27 VLA antennas, giving COSMIC access to a complete and independent copy of the data streams from the entire VLA. In addition, the COSMIC system has used these links to successfully acquire VLA data, and the primary focus now is on developing the high-performance GPU (Graphical Processing Unit) code for analyzing data for the possible presence of technosignatures.

COSMIC is a collaboration between the SETI Institute and the National Radio Astronomy Observatory (NRAO), which operates the VLA, to bring a state-of-the-art search for extraterrestrial intelligence to the VLA for the first time. As the VLA conducts observations, COSMIC will enable SETI Institute scientists to access that data to analyze for evidence of technosignatures, signs of technology not caused by natural phenomena.

“Having all the VLA digital signals available to the COSMIC system is a major milestone, involving close collaboration with the NRAO VLA engineering team to ensure that the addition of the COSMIC hardware doesn’t in any way adversely affect existing VLA infrastructure,” said Jack Hickish, Digital Instrumentation Lead for COSMIC at the SETI Institute. “It is fantastic to have overcome the challenges of prototyping, testing, procurement, and installation – all conducted during both a global pandemic and semiconductor shortage – and we are excited to be able to move on to the next task of processing the many Tb/s of data to which we now have access.”

There are several advantages to conducting SETI research with the VLA:

Once up and running, it is estimated that COSMIC SETI will observe about 40 million galactic star systems in two years. It will be the most comprehensive SETI observing program undertaken in the Northern Hemisphere, with high sensitivity and a huge target list.

“I am excited by the ability of COSMIC to conduct the most comprehensive technosignature search ever in the Northern Hemisphere,” said Cherry Ng, SETI Institute COSMIC Project Scientist. “We will be able to monitor millions of stars with a sensitivity high enough to detect an Arecibo-like transmitter out to a distance of 25 parsecs (81 light-years), covering an observing frequency range from 230 MHz to 50 GHz, which includes many parts of the spectrum that have not yet been explored for ETI signals.”

The system should be fully operational by early 2023 and will conduct its first major observational campaign in parallel with the ongoing VLA Sky Survey (VLASS).

“We look forward to partnering with the SETI Institute on this exciting initiative and are pleased to see this important milestone in the technical work that will make this new science possible,” said NRAO Director Tony Beasley.

Founded in 1984, the SETI Institute is a non-profit, multi-disciplinary research and education organization whose mission is to lead humanity’s quest to understand the origins and prevalence of life and intelligence in the Universe and to share that knowledge with the world. Our research encompasses the physical and biological sciences and leverages expertise in data analytics, machine learning and advanced signal detection technologies. The SETI Institute is a distinguished research partner for industry, academia and government agencies, including NASA and NSF.

COSMIC: All antennas at the Very Large Array ready to stream data for technosignature research 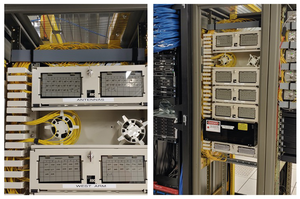 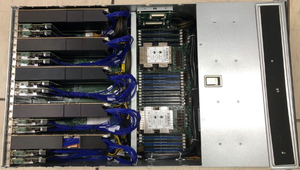