A team led by UTSW researchers has identified a molecule produced by male parasitic worms called schistosomes that prompts sexual maturity in females of these species. The findings, reported in Cell, help answer a century-old mystery and could lead to new treatments for one of the most important neglected tropical diseases called schistosomiasis, which kills up to 200,000 people a year, according to the World Health Organization (WHO).

“Schistosomiasis not only affects people who are poor, it keeps them poor by preventing them from living up to their full potential,” said study leader James Collins, Ph.D., Associate Professor of Pharmacology at UT Southwestern. “Our findings show how understanding biological processes in these worms could one day offer hope for the hundreds of millions of people infected with these parasites.”

The WHO estimates that about 220 million people have schistosomiasis – mostly children in Africa, Asia, and South America. The flatworm parasites that cause this disease have a complicated life cycle that involves stages in both freshwater snails and mammals. Dwelling in mammalian hosts’ circulatory system, schistosomes feed on blood and lay copious numbers of eggs, which lodge in tissues and organs to cause an array of symptoms including abdominal pain, diarrhea, bloody stool, or blood in the urine.

Dr. Collins explained that unlike most flatworm species, which are hermaphrodites, schistosomes have male and female sexes. Nearly a century ago, researchers discovered that females must be in physical contact with males to become and stay sexually mature and to lay the eggs responsible for schistosomiasis’ symptoms and propagation. However, the mechanism behind this unusual route to puberty has been unknown.

To better understand this phenomenon, graduate student Rui Chen, then-postdoctoral fellow Jipeng Wang, Ph.D., in the Collins lab, and their colleagues searched for changes in gene activity when male and female schistosomes came into contact. They soon discovered that a gene called gli1 appeared to be pivotal in males to prompt female sexual maturity. When the researchers deleted gli1 in males, the females’ sexual organs remained immature and they never laid eggs.

Because gli1 is a transcription factor responsible for controlling the activity of numerous genes, the researchers sought out other genes directed by gli1 in males that could be key for female sexual maturity. Their search identified a gene that they named Schistosoma mansoni nonribosomal peptide synthetase (Sm-nrps), which strings amino acids together into short peptides. After showing that Sm-nrps in males is also essential for launching and maintaining sexual maturity in females, further research showed that the key product made by this gene is a small peptide called b-alanyl-tryptamine. Dosing female schistosomes with just that peptide was enough to start and continue sexual maturity, even without a male present.

Dr. Collins noted that because schistosome eggs are the root cause of health problems stemming from schistosomiasis and propagate its spread, blocking any part of this pathway could offer a new way to fight this disease. In addition, although many animals have genes similar to Sm-nrps, none have been reported to have roles in chemical signaling, suggesting the discovery of a previously unrecognized type of communication between animals. Dr. Collins said that he and his colleagues plan to continue investigating this pathway in various schistosome species and search for similar pathways in other animals.

UT Southwestern, one of the nation’s premier academic medical centers, integrates pioneering biomedical research with exceptional clinical care and education. The institution’s faculty has received six Nobel Prizes and includes 25 members of the National Academy of Sciences, 16 members of the National Academy of Medicine, and 14 Howard Hughes Medical Institute Investigators. The full-time faculty of more than 2,800 is responsible for groundbreaking medical advances and is committed to translating science-driven research quickly to new clinical treatments. UT Southwestern physicians provide care in more than 80 specialties to more than 117,000 hospitalized patients, more than 360,000 emergency room cases, and oversee nearly 3 million outpatient visits a year. 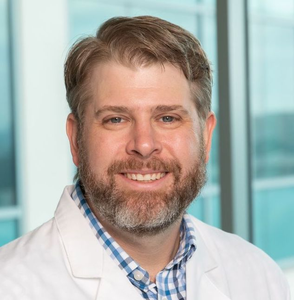