Weaver birds that eat seeds flock together and nest in colonies more commonly than those species that eat insects, suggests new research by an international team of scientists led by the Milner Centre for Evolution at the University of Bath. For the first time, the study statistically supports an influential ecological hypothesis on social behaviour first proposed 58 years ago.

Weaver birds are a family of 118 songbird species that live mostly in sub-Saharan Africa and are so-called because of the elaborate construction of their nests.

Whilst some species live on the savannah feeding on seeds, other species live in the forest and mostly dine on insects.

The researchers looked at data collected from previous published studies of many weaver species to investigate the relationships between diet, habitat and social behaviour.

They observed that birds living in the open savannah tended to flock together, foraging in groups to help find the best sources of seeds. The same birds also nested in large colonies and often had a polygamous breeding behaviour, pairing with multiple mates during each season.

In contrast, the species living in the forest tended to be solitary foragers and nesters that did not flock together or live in colonies. These birds tended to be monogamous breeders with a single mate per season.

The research, for the first time, statistically supports the ecological hypotheses of social evolution developed by a British ethologist, John Crook, who first proposed the link between diet, habitat and social behaviour in 1964. Crook’s study became a textbook example of ecological effects on mating systems, and it has influenced generations of behavioural ecologists.

The new study, in addition, also found that diet and habitat predicted sexual dimorphism – the difference in appearance between the sexes. In polygamous species, the males often have more colourful and flamboyant plumage whereas in monogamous species the males and the females tend to look identical.

Professor Tamás Székely, from the Milner Centre for Evolution at the University of Bath who initiated and led the study, said: “For birds that feed on seeds in the open savannah, flocking together improves feeding efficiency because it makes it easier to locate patches where there are abundant seeds.

“Flocking also lowers the risk of predation out in the open by providing them safety in numbers.

“However, in open habitats such as the savannah there are limited nesting sites, meaning the birds live together in a colony and this often leads to polygamous breeding.

“On the other hand, forest-dwelling, insect-eating birds must search a wider area for food as insects are more widely distributed. The relatively safer, closed habitat of the forest provides lots of suitable nesting sites, so the birds don’t need to live close together.

“This more solitary social system also means they are more likely to stick with the same mate during the breeding season.

“The associations between diet, habitat and social behaviour in weavers have been suspected for decades, but this is the first time they have been proven by statistical analysis.

“This study is particularly exciting because we’ve also shown the complex links for the first time between food type, grouping behaviour and mating systems using phylogenetic analysis in an unusually diverse group of songbirds.”

The first author of the study, Dr Zitan Song, post-doctoral researcher at Professor Yang Liu’s group at the Sun Yat-sen University in China, is now planning a follow-up study. This aims to verify the generality of Crook’s theory by investigating the associations between diet, habitat and social behaviour in a wide range of bird species.

The research team is intending to push the frontiers even further by testing the validity of Crook’s hypothesis in mammals, fish and insects. They will also augment these large-scale studies by testing aspects of mating-system evolution that have emerged in recent years, such as the effects of sex ratio in the population.

The study, funded by British Ornithologists’ Union, is a collaboration between the University of Bath (UK), Sun Yat-sen University (China) and the University of Pannonia (Hungary), and is published in American Naturalist (DOI: 10.1086/720270).

Evolution of social organization: phylogenetic analyses of ecology and sexual selection in weavers 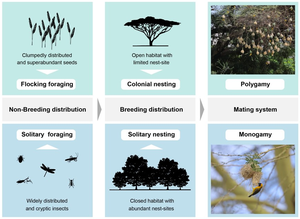 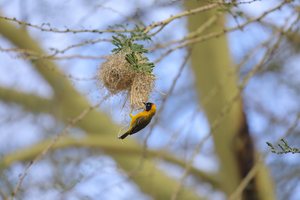 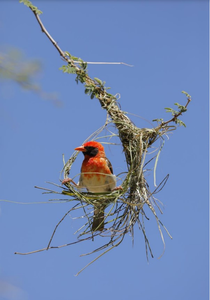 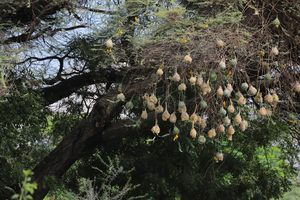