CHAMPAIGN, Ill. — When DNA evidence is available that matches the suspects in sexual assault cases, prosecutors are more likely to litigate and the odds of conviction are more than nine times greater than cases without biological evidence, a new study found.

In a project funded by the National Institute of Justice, researchers examined the role of DNA evidence in more than 100 sexual assault cases accepted for prosecution in one metropolitan jurisdiction between 2005 and 2010.

They found that DNA evidence had a dramatic relationship with cases’ progression in the criminal justice system and on conviction rates. Almost 75% of the cases in which the DNA profile matched the suspect resulted in a guilty plea or a trial, compared with less than a third of cases without a laboratory report.

“We did what we thought was the most thorough and incisive research about how DNA is actually used and how it relates to the outcomes of prosecuting sexual assault,” said first author Ted Cross, a senior research specialist and professor of social work at the University of Illinois Urbana-Champaign. “What we found is this evidence really does matter.”

Megan Alderden, a professor and chair of criminology at DePaul University; and Laura Siller and Maja Vlajnic, then both doctoral candidates at Northeastern University, co-wrote the study. Published in the journal Violence Against Women, the research sheds light on some of the complexities of using DNA evidence in sexual assault prosecutions.

The team said its findings underscore the importance of quality forensic medical exams, investments in DNA analysis and training prosecutors how to use DNA evidence effectively.

“Our research benefited from a statewide system in Massachusetts that tracks data on forensic medical exams in sexual assault cases,” Cross said. “Every provider that conducts a forensic exam faxes a report to a state agency. That created a data set that enabled us to link prosecutor cases with actual crime lab results, ascertain what those results were and the actions taken by prosecutors.”

Siller and Vlajnic also spent hundreds of hours combing through prosecutors’ paper records and coding data that was linked with information from the state database.

Despite public misperceptions that biological evidence is ubiquitous in criminal justice cases, DNA evidence is not a given, Cross said. Prosecutors must actively seek it out, and they are selective about the cases for which they take the extra steps to obtain it.

“Testing for DNA is a separate test from the standard lab tests, and not every case gets that test,” Cross said. “Crime labs and police agencies are overwhelmed. Sometimes evidence kits don’t make it to the crime lab. And even if they do, they’re not necessarily tested.”

To match DNA with a suspect, prosecutors often must obtain a court order for the police to bring the suspect in to collect a sample, usually with an oral swab.

“In that respect, DNA evidence can be both the cause and the result of deciding to prosecute a case, and prosecutors need to be aware of that complex relationship,” Cross said.

Matching a DNA profile to an unknown assailant whose data is on file in the FBI’s DNA database happens in a relatively small number of cases, Cross said.

In examining how frequently prosecutors used several types of evidence, the researchers found that physical evidence from the crime scene and nongenital injury evidence were used in more than a third of the cases. Evidence on DNA matches to the suspects was used less frequently, presented in slightly more than 20% of the cases.

In a related study by the team that was published in the Journal of Interpersonal Violence in 2021, prosecutors said biological evidence such as DNA was important to their trial preparations because of a potential “CSI effect” – a reference to the TV crime drama that suggests jurors expect biological evidence to be presented.

“Some prosecutors feel that juries expect forensic evidence even when it’s not reasonable to obtain it and it’s not strictly probative – that is, it doesn’t help logically prove the case,” Cross said. “Regardless, the prosecutors felt that the juries needed, wanted and expected it.”

Likewise, prosecutors said victims’ willingness to undergo a forensic medical exam – which can be long, uncomfortable and emotionally difficult, Alderden said – bolsters their credibility with jurors and communicates that the victims and prosecutors take the case seriously.

DNA evidence helps establish that the suspect had sexual contact with the victim – even if the suspect claims that the act was consensual – and counters assertions that the allegations are fabricated.

However, widespread public awareness and juries’ expectations about forensic evidence may make it difficult to proceed with sexual assault cases that lack a DNA match, the researchers said.

There are many circumstances outside victims’ control when biological evidence cannot be obtained although an assault occurred, such as when an assailant uses a condom or situations that prevent law enforcement from obtaining a sample from a suspect, according to the study.

“Given the amount of trauma that victims experience, it is important that criminal justice practitioners and jurors don’t jump to the conclusion that just because there is no DNA evidence there’s some indication that the victim is not being truthful,” Alderden said. “DNA and other biological evidence are simply not always available in these cases.”

The authors have no conflicts of interest with respect to the research, authorship, and/or publication of this article: Laura Siller is now the Assistant Director of Research and Evaluation at Project Bread, Boston, MA. 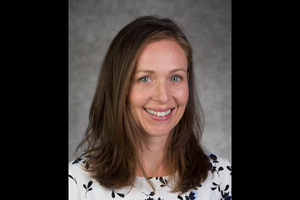