Milano (Italy), April 11, 2022 – Water whirlpools, smoke rings, violent tornados and spiral galaxies are all examples of twists in fluids, although very different each other. Analogous twists, but in the realm of light, have been created by the research group coordinated by Antonio Ambrosio at the IIT-Istituto Italiano di Tecnologia (Italian Institute of Technology), in Milano (Italy). The results, published in the international journal Nature Photonics, show the realization of 100 light vortices, coupled to form an ordered structure, a light crystal.

Mutual interaction of light and nanostructured materials is the focus of the research of Antonio Ambrosio, Principal Investigator of the research line Vectorial Nano-imaging at IIT in Milano and grantee of the ERC Consolidator project “METAmorphoses”. The research is also funded by Fondazione Cariplo.

Twisted light generators have been developed in the last few years, but they typically create a single vortex propagating alone in free space. IIT researchers have shown instead that it is possible to create 100 light vortices, coupled into an ordered light crystal.

The group in Milano also includes the PhD student Michael de Oliveira and the researcher Marco Piccardo, also first author of the paper. Their results show how a nanostructure surface can be employed as a mask to simultaneously control all the parameters of several laser beams, not just their intensity. The group showed that this is possible by designing an array of metasurfaces, i.e. nanoscrtuctured optical devices, which mould the light beam within a space 100 times thinner than a human hair. The realized metasurfaces shape the wavefront of light like a corkscrew, generating an optical vortex.

Inserting the metasurface array inside a laser cavity, where light continuously bounces between two mirrors, open the door to new properties, such as the self-healing of a defect in the system or the reconfigurability of the number of twists that light makes. Such properties result from the interaction between different vortices of the crystal: each vortex is in fact modelled by the interaction with other vortices of a tunable network.

The ability to adjust the number of twists on demand is a unique feature of the metasurface laser. Although the devices have a fixed design and can only generate one specific type of optical vortex in free space, when inserted in a laser cavity, the properties of the vortices – known as their topology – can be changed by simply tuning a cavity mirror. This functionality could be used to dynamically modulate light imparting useful information in the twists for optical communications.

The system developed in Milano is robust and it also has the potential to process information encoded in different coupled systems, including far and enormous galaxies. Thanks to these new results, it is now possible to simulate in the lab complex coupled systems, with order altered by stable defects, difficult to be reproduced otherwise since involving ginormous scale, like galaxies, or part of extreme hydrodynamic systems.

In the next steps, the researchers will investigate how to tune the strength of the interaction among the vortices and extend the system to an even larger number of vortices.

The research was realized in collaboration with research groups at the IIT in Genova (Italy) and the University of the Witwatersrand. 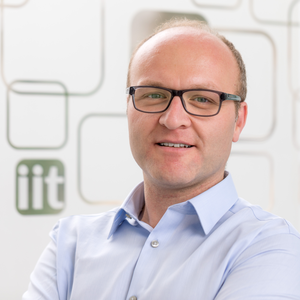