Researchers at Stockholm University have applied advanced electron microscopy techniques to finally unveil the structure of the widely used and century-old active pharmaceutical ingredient bismuth subsalicylate. The discovery provides a major step towards understanding the properties of one of the most commercially significant bismuth compounds, and highlights modern methods of gaining insight into long-used pharmaceutical ingredients. The results are published today in the scientific journal Nature Communications.

Despite its century-long history as an established antimicrobial and anti-inflammatory agent, particularly effective in the treatment of nausea, diarrhea and upset stomach, the structure of bismuth subsalicylate has hitherto remained unknown.

“I remember while growing up, my mom always gave me Pepto-Bismol whenever I had an upset stomach. Apparently over 10 billion doses have been consumed, making bismuth subsalicylate the most commercially significant bismuth compound, sold around the world as a common over-the-counter drug and widely referred to in pop culture. We were surprised to realize that there was a lack of understanding of its structure at a molecular level,” says Ken Inge, researcher at the Department of Materials and Environmental Chemistry (MMK) at Stockholm University. “Understanding the structures of pharmaceutical compounds is vital for predicting their properties.”

The use of bismuth in pharmaceutical formulations comes with several potential advantages.
“An interesting aspect of bismuth compounds is that recent studies have shown that they can reverse antibiotic resistance in bacteria, which is a very pressing topic in society today. The chemistry of bismuth and its compounds is still not that well understood, and so we are interested in investigating the molecular make-up of these materials,” says Ken Inge.

The bismuth compound is used as a textbook example of an inorganic pharmaceutical compound, despite its structure previously not being known and hence has often been described with a speculative structure as a simple metal complex. By using advanced transmission electron microscopy, the researchers were able to investigate the structure at a molecular level, and even to take pictures of the molecules.

“By using the advanced microscopes at Stockholm University, it is possible to obtain images with atomic resolution, which was a key part of understanding the molecular packing within the bismuth subsalicylate crystals,” says Tom Willhammar, fellow researcher at the Department of Materials and Environmental Chemistry. “Characterization of bismuth subsalicylate by traditional methods, such as X-ray diffraction, was not enough to reveal the molecular packing due to its tendency to only form as very small crystals. We also found out that the packing contains intrinsic defects.”

Analysis of three-dimensional electron diffraction data from crystals of bismuth subsalicylate revealed a layered structure that was partially in disorder.
“A detailed investigation using high-resolution scanning transmission electron microscopy showed variations in the stacking of the layers. It is likely that this has hindered structure determination by other means,” says Tom Willhammar.

The results highlight the possibility of using modern methods to acquire insight into well-known and long-used pharmaceutical compounds.

The investigations have inspired the researchers even in other areas of research.

“It has made all of us very excited. Through these investigations we have been inspired to study and develop novel materials for a large range of applications even beyond pharmaceuticals, such as the sequestration of pollutants,” says Erik Svensson Grape at Stockholm university.

Structure of the active ingredient bismuth subsalicylate in Pepto-Bismol revealed 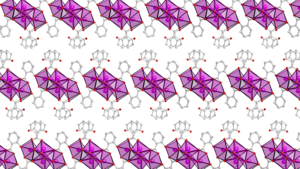 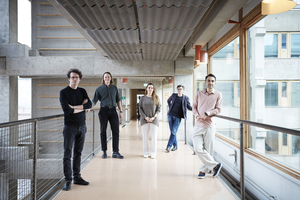 The research team at Stockholm University