Preventing the formation of a sticky, web-like substance that can form in blood vessels after a stroke could protect the brain and lead to better outcomes for patients, studies in mice suggest. The research was reported in the Journal of Clinical Investigation and led by scientists at University of Utah Health.

Stroke is a leading cause of disability in the United States. The most common form, ischemic stroke, occurs when a vessel-blocking clot impedes the flow of blood to the brain. Quick treatment to break up or remove the clot can restore blood flow and limit damage to the brain.

But according to the new study, the blood that comes rushing back carries cells with the potential to cause further harm. Brain damage can worsen even after a clot has been eliminated when immune cells in the blood release sticky webs, known as neutrophil extracellular traps (NETs), that further clog vessels.

“Those NETs can gum up the vessels [in the brain] by trapping other cells and reducing the amount of blood flow, causing more brain injury,” says the study’s senior author, Robert Campbell, Ph.D., a research assistant professor of internal medicine. “Markers of NETs correlated with poorer stroke outcomes in patients that we saw here at the University of Utah.”

Campbell and his colleagues found they could prevent these effects in a mouse model of stroke by treating animals with a NET-blocking compound.

“We desperately need new treatments for ischemic stroke,” says Jennifer Majersik, M.D., a professor of neurology and stroke specialist at U of U Health and co-author of the study. “At the most, only 30 percent of patients are eligible for the standard therapies currently available to open up a blocked blood vessel.” She added that taking a new look at what causes, and can prevent, brain injury in patients with stroke is an important step toward better therapies.

NETs are part of the immune system’s defense against pathogens. White blood cells called neutrophils can release webs, made up of long strings of DNA and bits of toxic protein, to ensnare viruses and bacteria—but these can damage the body’s own tissues, too. Evidence has been accumulating that NETs help drive the development of dangerous blood clots in a range of conditions like sepsis, a life-threatening inflammatory condition, and COVID-19. Campbell and colleagues wondered if they might be involved in stroke, as well.

The team first looked for signs of NETs in the brains of patients with stroke. They examined postmortem tissue samples that had been preserved in the National Institutes of Health NeuroBioBank and found neutrophils, a type of immune cell, lurking in regions affected by stroke. Some of the cells appeared to have been actively producing NETs at the time of the patient’s death. Inside blood vessels, NETs served as traps, where cells passing through stalled and built up into a new blockage.

“They’re able to trap a lot of other cells and potentially reduce the amount of blood flow that’s going into the tissue and how much oxygenation is going into the brain,” Campbell says. “They’re very small and fragile, but they can do a fair amount of damage.”

When the research team analyzed blood samples from patients treated for ischemic stroke at U of U Health, they found more evidence that NETs might have negative consequences for patients with stroke. Proteins in the blood indicated that NET production was high compared to the blood of healthy individuals. What’s more, the functional impairments caused by patients’ strokes were most severe in individuals whose blood tests at the time of hospital admission indicated the most NET production.

These observations prompted Campbell and postdoctoral researcher Frederik Denorme, Ph.D., the study’s lead author, to return to the lab to figure out how NETs formed after stroke. To simulate stroke in mice, they temporarily blocked a brain-supplying blood vessel, then allowed blood flow to resume. In the 24 hours after the procedure, elevated levels of NETs were detectable in both the brain and blood. Neutrophils’ enhanced production of NETs seemed to be triggered by another type of blood cell, the platelets.

“We really think that the time when blood flow is initially restored to the brain is when you get platelet activation and that those platelets then go and activate neutrophils,” Campbell explains. The result is vessel-clogging NETs, obstructed blood flow, and brain damage beyond that caused by the original clot.

While NETs role in stroke is troubling, it also suggests an opportunity to intervene. Campbell and his colleagues experimented with giving mice nNIF, a NET-blocking peptide discovered by U of U Health neonatologist Christian Con Yost, M.D. They found that if they prevented NET formation by administering nNIF soon after a simulated stroke, they could protect the brain. Mice that received this treatment experienced less brain damage due to stroke than animals that did not receive nNIF, exhibiting better neurological and motor function weeks after the event.

Encouragingly, the treatment improved outcomes not just in young, healthy mice but also in old mice and mice with diabetes. This is important because diabetes and other conditions that become more common as we age can make the vasculature in the brain less healthy and more resistant to treatments.

Cambell says the nNIF peptide, which is currently being explored as a potential treatment for sepsis, might help limit stroke damage for patients, too. The peptide can’t stop NETs once they’ve formed, but the findings in mice suggest there may be a window of opportunity during which it is possible to intervene and prevent the formation of the toxic webs. Additional research is needed to further evaluate nNIF’s effects in animal models of stroke before determining whether it is appropriate for clinical testing in this context.

The research was published as “Neutrophil Extracellular Traps Regulate Ischemic Stroke Brain Injury“ and was supported by the National Institutes of Health and the American Heart Association. 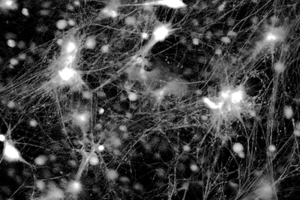 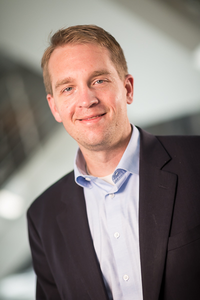