As negotiations before the 15th Conference of the Parties to the Convention on Biological Diversity (COP-15) take place, international research has quantified the impact of human consumption on species extinction risk.

Around 1 million species already face extinction, many within decades, according to the recent Intergovernmental Science-Policy Platform on Biodiversity and Ecosystem Services (IPBES) assessment report.

Spanning more than 5,000 species in 188 countries, the research finds consumption in Europe, North America, and East Asia (such as Japan and South Korea) primarily drives species extinction risk in other countries. Affected species include the Nombre de Dios Streamside Frog in Honduras and the Malagasy Giant Jumping Rat in Madagascar.

Published in Nature: Scientific Reports, the research is led by Ms Amanda Irwin at the University of Sydney’s Integrated Sustainability Analysis research group and is co-authored by the International Union for Conservation of Nature (IUCN) chief scientist Dr Thomas Brooks and chief economist Dr Juha Siikamäki.

The authors liken the biodiversity crisis to the climate one, albeit with less publicity. “These crises are occurring in parallel,” Ms Irwin said. “The upcoming COP-15 will hopefully raise the profile of the other human-driven natural crisis of our generation – irreparable biodiversity loss – and our findings can provide valuable insights into the role that global consumption plays as one of the drivers of this loss.”

PhD candidate Ms Irwin said: “The complexity of economic interactions in our globalised world means that the purchase of a coffee in Sydney may contribute to biodiversity loss in Honduras. The choices we make every day have an impact on the natural world, even if we don’t see this impact.”

“Everything that we consume has been derived from the natural world, with raw materials transformed into finished products through a myriad of supply chain transactions. These transactions often have a direct impact on species.”

Co-author, IUCN chief economist Dr Juha Siikamäki notes: “This insight into how prevalently consumption patterns influence biodiversity loss across the globe is critical to inform ongoing international negotiations for nature, including the 15th Conference of the Parties to the Convention on Biological Diversity, which aims to finalise the post-2020 global biodiversity framework later this year.

“The finding from this study that about 30 percent of the global extinction-risk footprint is embedded in international trade underlines the need to consider the responsibilities of different countries and all actors, including financing of conservation, not only in the context of their national boundaries but extending to their impacts internationally.”

Co-author, Associate Professor Arne Geschke from the Integrated Sustainability Analysis research group at the University of Sydney said: “The activities which threaten species in a given location are often induced by consumption patterns in far-away locations, meaning that local interventions may be insufficient.

They then applied the methodology widely-used to quantify carbon footprints – of which the Integrated Sustainability Analysis research group is a world leader – to link this extinction risk to global consumption patterns using the global supply chain database Eora.

An extinction-risk footprint was calculated by species, by economic sector, for 188 countries.

This new paper is a collaboration between the University of Sydney, IUCN, Newcastle University (UK) and the International Institute for Sustainability in Brazil. 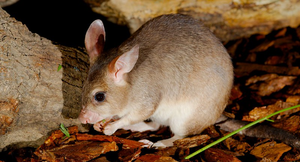