The related research results were published in Nutrients.

6-Hydroxydopamine (6-OHDA) is a nerve agent that causes degeneration of dopamine neurons, which can lead to mitochondrial damage and nerve cell death. It is often used in the pathogenesis of Parkinson's and other neurodegenerative diseases.

In this research, scientists found that vitamin K2 can inhibit nerve cell damage caused by 6-OHDA by protecting mitochondria.

Dr.TANG Hengfang, first author of the paper further explained the mechanism as follows: One is to play the role of the master switch of apoptosis by upregulated the expression of Bcl-2 and downregulated the expression of Bax, thereby regulating mitochondrial membrane potential and ROS levels, and alleviating oxidative stress; the other is to maintain the normal operation of mitochondrial fusion, division, autophagy and generation, thereby control the normal operation of the mitochondrial quality control loop and repair damaged mitochondria.

The research results show that vitamin K2 may play a role in the prevention and treatment of neurodegenerative diseases such as Alzheimer's disease and Parkinson's disease by repairing nerve cell damage. 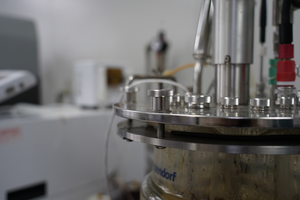