Hainan has a unique tropical environment with abundant biodiversity and is home to over 400 species of birds. The island in southern China has experienced fast economic development changes over the past 20 years, and although efforts have been taken to protect Hainan’s biodiversity, the full impact of the changes is not clear.

A new study has shown that human activity on Hainan has led to biotic homogenisation in birds, with communities and species becoming increasingly similar, for example, in their body shape and diet.

The research findings were recently published in the journal Conservation Biology.

The research team from Xi’an Jiaotong-Liverpool University, South China Normal University, and Guangdong Academy of Agricultural Sciences analysed the local climate, land and economic changes around Hainan between two time periods, separated by 15 years, to understand the effects of urban growth and conservation on biodiversity.

Their results suggest that large-scale economic and land-use changes affect many aspects of biodiversity, such as decreasing species richness and species variability - biotic homogenisation. Human activity also appears to cause Hainan’s forest birds to be out-competed by more human-tolerant species.

Additionally, the study shows that the effects of measures taken to protect Hainan’s unique ecosystem are more complex than previously thought. Environmental protection in urban areas positively influences biodiversity; however, similar efforts in rural areas that are initially species-rich result in less biodiversity. This dual effect results in no significant net loss in biodiversity.

Dr Emilio Pagani-Núñez, the first author of the study, says: “We found that extreme negative effects on biodiversity were averted by environmental legislation. However, we also recorded an increasing similarity between communities around the island and complex effects of human activities on biodiversity.

“We are showing that there is hope for biodiversity, that economic growth and enhanced biodiversity conservation are possible. However, a price will be paid, and it is our duty to prevent such negative effects by developing targeted policies on especially diverse or sensitive ecosystems and communities.”

“We are witnessing the sixth mass extinction, which means a simplification of natural communities only comparable to previous traumatic events that considerably reduced worldwide biodiversity. If these negative effects of human activities do not decrease, it is highly likely that natural communities will not have the chance to recover.

Dr Pagani-Núñez hopes that further research in the related fields of this subject can be carried out in the future, extending their research to include amphibians and mammals across larger geographical areas. A better understanding of the effects of urban growth on biodiversity will help coordinate the balance between environmental protection and economic development and provide more guidance for sustainable development.

The shape of things to come: tropical birds are changing because of us 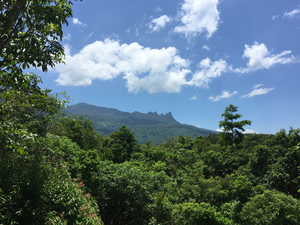