Researchers will soon be able to reconstruct the climate of north-west Europe including the UK over the last 4500 years, and to date wooden buildings and objects more accurately, by analysing the chemistry of ancient oak trees, through a new Swansea-led project just selected for €3 million in European funding.

Analysis of tree rings – known as dendrochronology - is an established scientific technique for understanding the past.  Tree rings can be examined in living or dead trees, or in objects made of wood, from the beams of a house to the planks of a ship.

The width of the rings indicates how much the trees grew in a particular year, which not only tells us about the climate of the past, but also allows us to date wooden structures and objects from antiquity with extraordinary precision.

However, this approach does not always work well in regions such as the UK and north-western Europe where the climate is mild and rarely limits tree growth. This makes dating challenging and reduces the confidence with which we can use tree-ring width measurements to study the climate of the past.

This is where the new project, which is called QUERCUS (Latin for “oak”), will make a difference.

The QUERCUS team will be examining ancient, historic and living oak samples covering the last 4500 years.  Oak trees are especially useful as they are widespread across the study region, live a long time and their remains are frequently found in the archaeological record.

The key innovation is that the team will be analysing the chemistry of the wood rather than just the width of the rings.  They will be examining the stable (non-radioactive) isotopes of the fundamental elements: carbon, oxygen and hydrogen.

This evidence from the wood’s chemical signature will enable researchers to date the past and to reconstruct summer climate through time.

Crucially, unlike ring width, these isotope signals are just as reliable in trees from areas where growth is not strongly limited by climate.  The project will also apply these methods to address long-standing archaeological questions of climate and chronology worldwide.

The team, led by Professor Neil Loader of Swansea’s Department of Geography, includes scientists from the University of Oxford’s School of Archaeology. They will work in close partnership with an interdisciplinary team of experts including representatives of Indigenous groups from across Europe, Aotearoa/New Zealand and the USA.

“Stable isotopes in tree rings carry strong climate signals and can be used to reconstruct the climate of the past, even when the trees were not growing under environmental stress.

Using this new technique, the QUERCUS project will develop the first annually-resolved tree-ring isotopic chronologies for the UK and north-western Europe, extending back 4,500 years to the Bronze Age.

Our aim is to better understand the climate of the past, and for this we need an improved chronology of when things happened. Our ability to date wooden artefacts and timbers from antiquity will be enhanced significantly through this project. Together we hope that these advances will transform our knowledge of past climate and the dating of wooden artefacts and structures.”

The funding for the QUERCUS project has been approved by the European Research Council (ERC).  Set up by the EU, the ERC funds top researchers of any nationality.

Ancient oak trees to shed light on the climate of the past 4,500 years 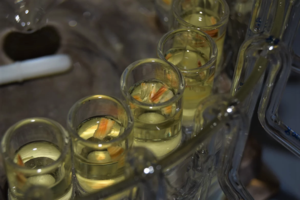 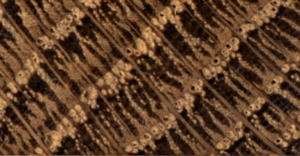