The authors: "Despite the extensive efforts and resources invested in combating antisemitism in recent years, the phenomenon is on the rise. More funds, more conferences, and more laws won't necessarily make the difference. We need unsparing examination of the efficacy of existing strategies."

Link to the Video report:

On the eve of Holocaust Remembrance Day, the Center for the Study of Contemporary European Jewry at Tel Aviv University's Faculty of Humanities publishes its 28th Annual Report on Antisemitism Worldwide. The Report, which covers events in 2021, is based on analysis of dozens of studies from around the globe, alongside information from law enforcement authorities, the media, and Jewish organizations in various countries.

The disturbing findings indicate a sharp increase in the number of antisemitic incidents in many countries, even compared to the pre-pandemic year of 2019.

The authors report a dramatic rise in the number of antisemitic incidents in the US, Canada, the UK, Germany, and Australia – as well as other countries. According to the Report, the increase stems from the strengthening of both the radical Right and Left political movements in different countries and the vast reach of social networks for spreading lies and incitement. Specifically, the boom in conspiracy theories resulting from the pandemic, as well as the conflict between Israel and Hamas in Gaza in May 2021, generated acute surges of antisemitism.

Prof. Uriya Shavit, Head of the Center for the Study of Contemporary European Jewry: "Something just isn't working. In recent years the fight against antisemitism has enjoyed extensive resources worldwide, and yet, despite many important programs and initiatives, the number of antisemitic incidents, including violent assaults, is rapidly escalating. The easy thing is to say that more laws and more funding are required. But what we really need is a courageous and unsparing examination of the efficacy of existing strategies."

Prof. Shavit added that "Russian war crimes, accompanied by the cynical distortion of the memory of the Holocaust, prove that some of those who declared their commitment to the fight against antisemitism, were not really serious about it, and had not truly learned the lessons of World War II. The Jewish world must pull itself together and understand that the fight against antisemitism and the fight for liberal democratic values are one and the same."

The Center's Founder, Prof. Dina Porat, wrote an analysis of the reasons for the increase in antisemitic incidents, underlining the negative impact of social networks in amplifying antisemitism.  According to Prof. Porat, exposure to conspiracy theories that thrive on the internet increased during pandemic lockdowns, which kept people at home, glued to their screens. These toxic ideas included claims that the Covid-19 virus had been engineered and spread by Israel and the Jews, she explains. Some of those poisoned by such theories for such a long period of time emerged from the lockdowns bitter and aggressive. Prof. Porat also emphasizes Iran's efforts to spread antisemitic propaganda through the social media and to fund specific channels, and the need to make these efforts known and denounced throughout.

The extensive, in-depth reviews by the Report’s authors reveal disturbing phenomena in a range of countries. Dr. Inna Shtakser discusses the rise of state-sponsored antisemitism under Belarus’ authoritarian leadership; Dr. Carl Yonker and Dr. Lev Topor describe how antisemitic white supremacists are penetrating mainstream American conservatism; Dr. Ofir Winter analyzes voices in the Arab world that paint the Abraham Accords with unmistakably antisemitic colors; and Adv. Talia Naamat demonstrates the challenges for French courts to recognize Islamist antisemitism for what it is.

The annual Antisemitism Worldwide Report 2021 demonstrates a significant increase in various types of antisemitic incidents in most countries with large Jewish populations during 2021:

According to the annual survey of the American Jewish Committee (AJC), 2.6% of American Jews said they had been the victims of antisemitic physical attacks in the past five years.

Another worrying phenomenon registered in 2021: German anti-vaxxers likened their situation to that of the Jews in the Holocaust. The authors of the Report argue that this has led to trivialization of the Holocaust.

Reasons for the sharp rise in antisemitic incidents worldwide:

The Report suggests that the number of antisemitic incidents in the world was directly impacted by two major events: The conflict between Israel and Hamas in Gaza in May 2021 (Operation Guardian of the Walls), and the Covid-19 pandemic.

Antisemitism peaked globally in 2021; "It's time to admit: The struggle is failing" 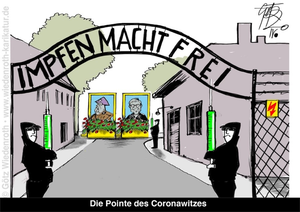 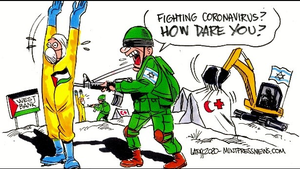 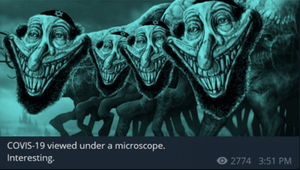 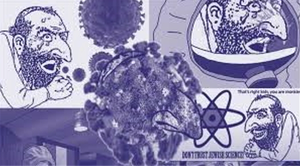